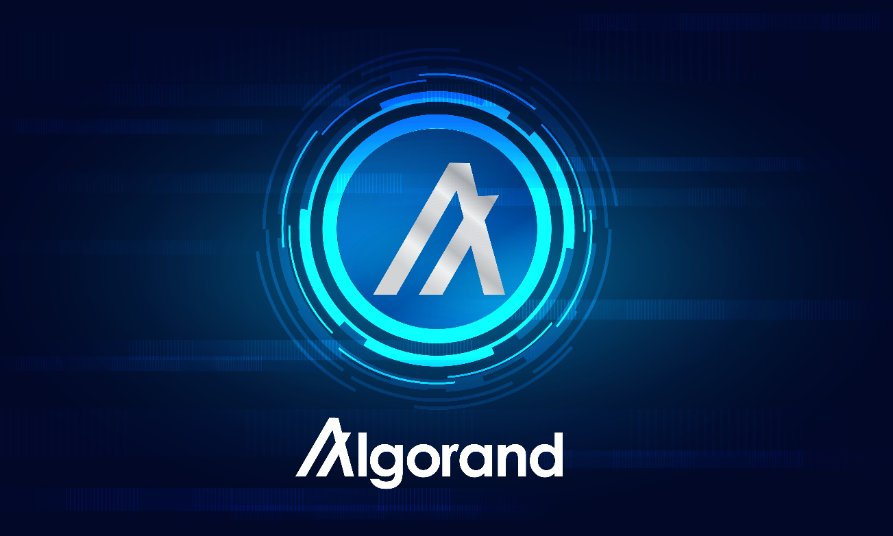 Algorand ALGO/USD has pumped by more than 25% in the past week. The cryptocurrency traded at a high of $0.40 before retreating to a breakout resistance-turned support of $0.36. $0.40 is the highest price for ALGO since June.

Algorand has been surging previously, but bullish strengths increased with the appointment of a new CMO. Michele Quintaglie became the new Chief Marketing Officer of Algorand on Wednesday. Quintaglie boasts top experience in leading firms at Visa and Fidelity. A breakout at $0.36 happened after the appointment, highlighting that it was the key trigger to the surge.

Algorand retreats after breaking past a key level 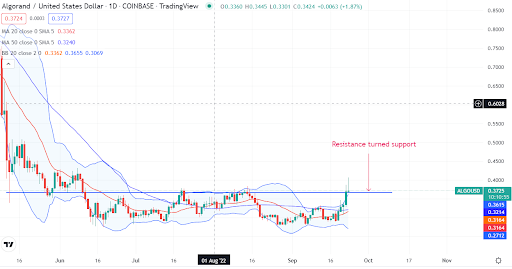 From the technical outlook, ALGO has breached the upper limit of the Bollinger Bands. That signals that investors have overbought the token. As a rule of the thump, an asset price is expected to stay within the Bollinger Bands 95% of the time. The breach of the upper limit means that ALGO is likely to retreat further. However, the retracement is an opportunity to buy. The zone to watch is $0.36 and potentially lower around $0.32.

ALGO is bullish amid the appointment of a new CMO and boosts from the World Cup partnership. The token trades above the upper limit of the Bollinger Bands. The current correction is likely to continue until ALGO finds suitable support.