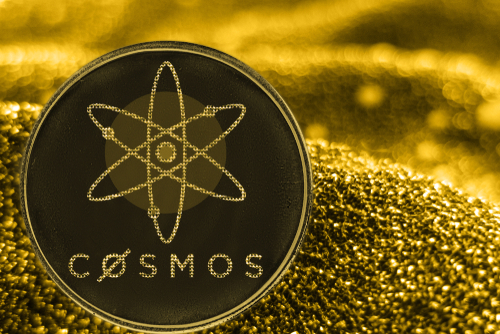 ATOM is one of the best performers amongst the top 30 cryptocurrencies by market cap today.

ATOM, the native token of the Cosmos ecosystem, is one of the best performers amongst the top 30 cryptocurrencies by market cap today. The coin has added more than 12% to its value today, outperforming the broader crypto market.

The cryptocurrency market is slowly recovering today, following a slow start to the week. After losing more than 3% of its value yesterday, the crypto market is up by nearly 2% so far today.

The positive performance has pushed the total cryptocurrency market cap above the $1 trillion mark again.

Bitcoin remains above the $21k level and could rally higher today after adding more than 1% to its value. Ether is trading above $1,600 after depending its price above the $1,500 psychological level yesterday.

However, ATOM is the second-best performer amongst the top 30 cryptocurrencies by market cap (only behind Bitcoin Cash).

There is no catalyst behind ATOM’s ongoing rally as it could be only a recovery from its recent price crash. Despite adding more than 12% to its value today, ATOM is down by 1% in the last seven days.

The ATOM/USD 4-hour chart has turned bullish as Cosmos has been performing well over the past 24 hours.

The MACD line crossed into the positive zone a few hours ago, indicating that ATOM is no longer bearish.

The 14-day relative strength index of 60 shows that ATOM could enter the overbought region if the positive momentum continues.

At press time, ATOM is trading at $11.52. If the positive momentum continues, ATOM could move past the first major resistance level at $12.271 before the end of the day.

However, ATOM would need the support of the broader market to reach the $13.60 mark for the first time since May.