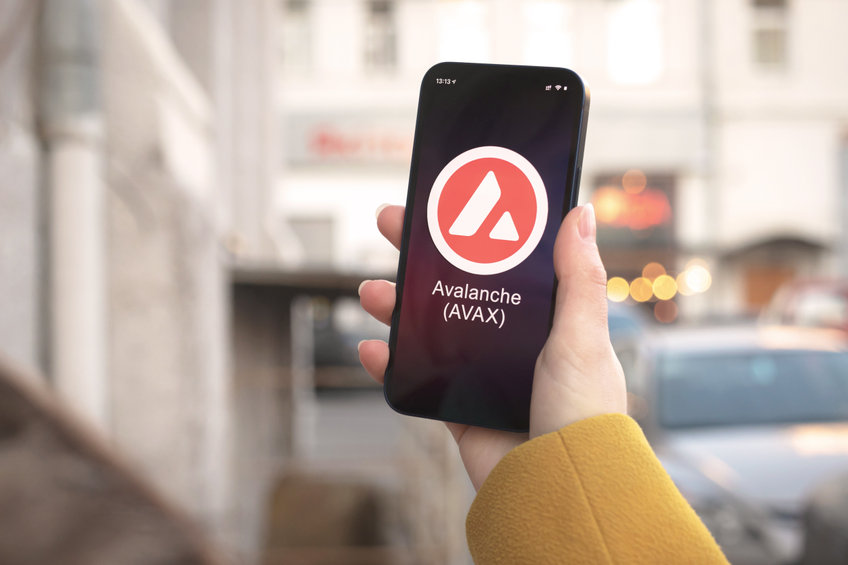 Avalanche AVAX/USD is battling the $21 support, with bulls seemingly looking to win. Nothing is sure, of course, as we remain largely in a bear crypto market. Nonetheless, bulls should remain optimistic about a potential short-term rally.

Avalanche remains one of the top cryptocurrencies despite crashing lately. The native token can be staked and deployed as a unit for transactions. The blockchain protocol became popular in 2021 at the height of the smart contract boom. AVAX rose above $150, ranking among the leading smart contract platforms.

A crypto crash this year and LUNA-inspired volatility gripped AVAX, forcing it to a bottom of $14. The price has been recovering, doubling in August before the correction. While AVAX was trading at $23 at press time, bullish signs are developing. We project a short-term price surge to $27 resistance.

AVAX remains in the consolidation zone after the latest correction 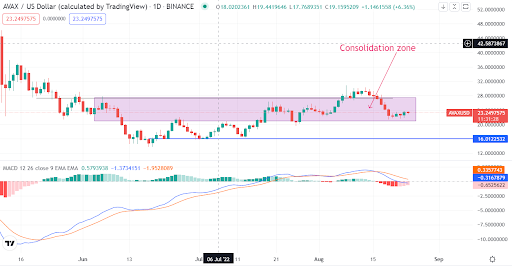 Technical analysis shows that AVAX is slowly recovering from the $21 support. The cryptocurrency has formed multiple inside bars at the support. The inside bars indicate indecision and a potential bear exhaustion after the latest correction. A breakout of the inside bar to the upside will confirm a bullish reversal.

On the momentum indicator, there are further bullish signs for AVAX. Although the MACD indicator remains in the bear zone, the weakness is abating. That suggests that AVAX is strongly rejecting any further drop below $21.

A bull case for AVAX will be confirmed by a breakout of the inside bar pattern. The token could still face resistance at $27.

BNB is yet to rally despite Binance gaining New Zealand approval

BNB is yet to rally despite Binance gaining New Zealand approval