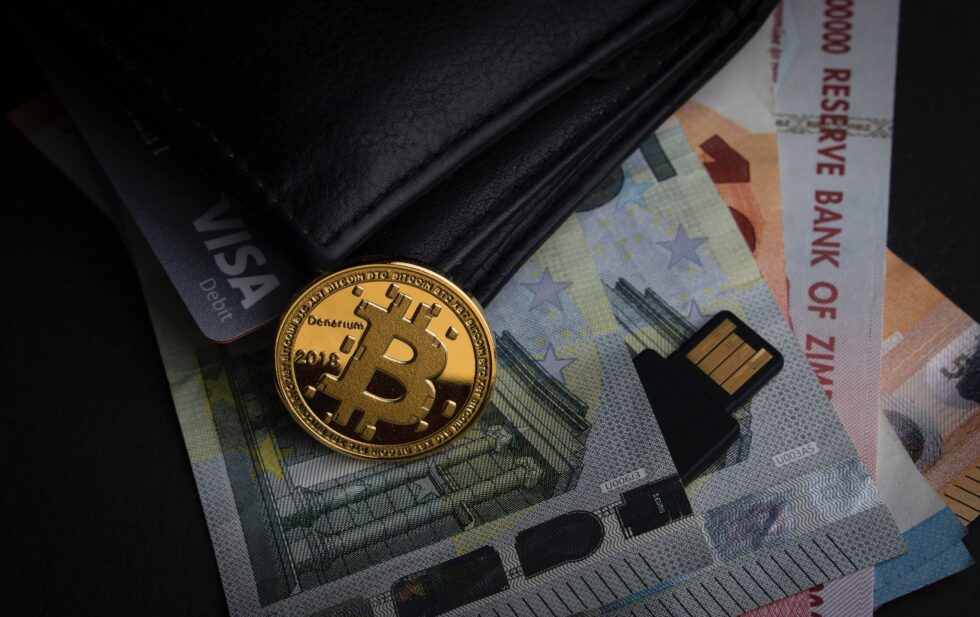 On-chain data shows around 5k BTC that was sitting dormant since between 7 years to 10 years ago has just been moved, a sign that may be bearish for Bitcoin.

As pointed out by an analyst in a CryptoQuant post, whenever such aged coins have moved before in this year, BTC has seen generally bearish trend.

The relevant indicator here is the “spent output age bands,” which tells us about the selling behavior of the different coin age holder groups in the Bitcoin market.

The metric works by checking through the chain history of each coin being sold to see when it was last moved before this. Based on this time period that the coin had remained dormant for, the indicator puts the coin into a group, and it being spent counts as a spike for that particular group.

The coin age group at hand here is the 7 years to 10 years old cohort, which includes all coins that were held stationary for time in this range, before being moved.

Now, here is a chart that shows the trend in the Bitcoin spent outputs for this specific age band during the last few months: 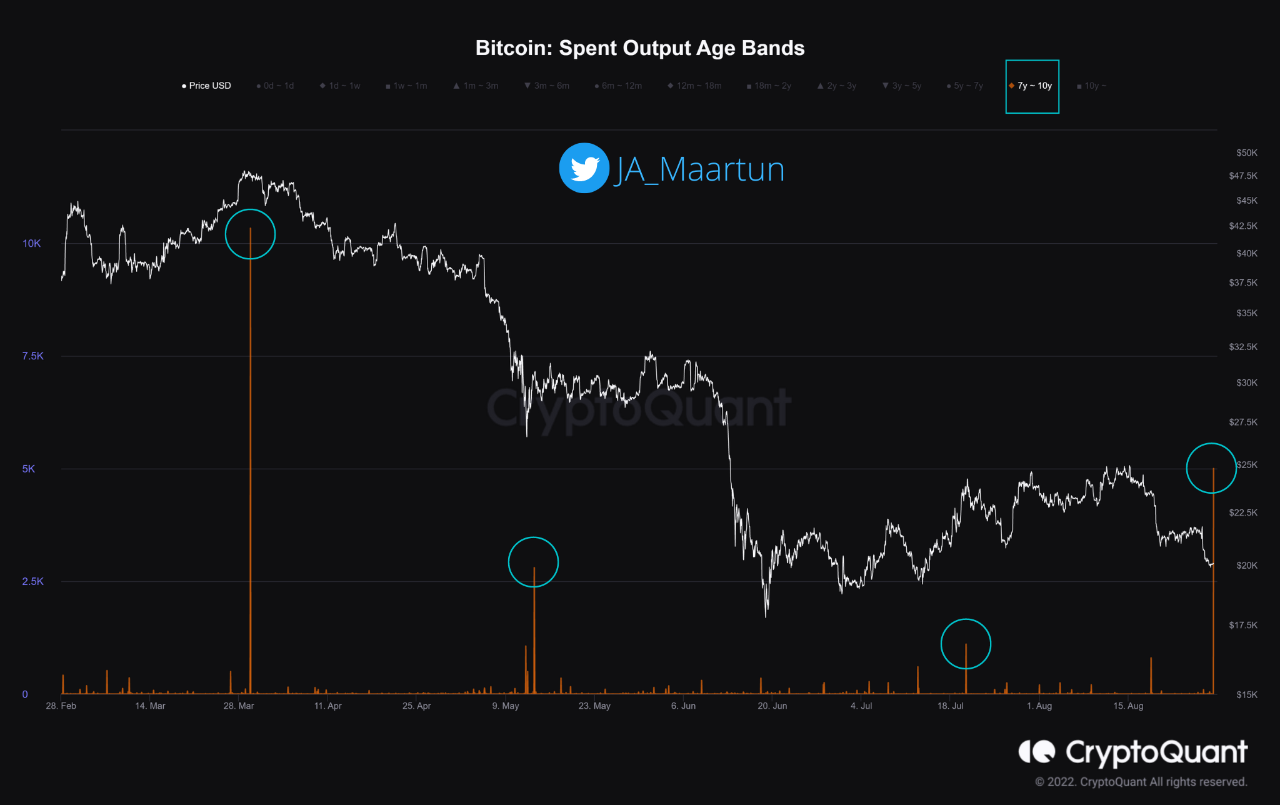 As you can see in the above graph, the spent outputs of the 7 years to 10 years Bitcoin age group has observed some significant spikes in the last few months.

The first of these came in March, and coincided with the crypto setting a local top with the price declining shortly after.

Then the next one came after the coin’s value had already sharply fallen off in May. The price proceeded to move sideways afterwards, until it eventually saw another large drop.

There was also a small rise in the indicator last month, where the price again set a local top as it went down (before moving back up once more, however).

Today, the spent outputs of coins aged 7 years to 10 years old have again shown movement, with the spike amounting to a large 5k BTC.

Since the price of Bitcoin has just recently declined, it’s possible that this latest rise in the metric could follow the same trend as of the spike in May.

But the quant in the post notes that this time the transaction hasn’t been sent to exchanges (which investors usually use for selling), so it’s hard to say exactly what impact this may have on the crypto’s value. Nonetheless, the outcome from this is likely to not be bullish.

At the time of writing, Bitcoin’s price floats around $20k, down 6% in the past week.