Bitcoin Price: Has BTC Reached The Final Stages Of The Bear Market? 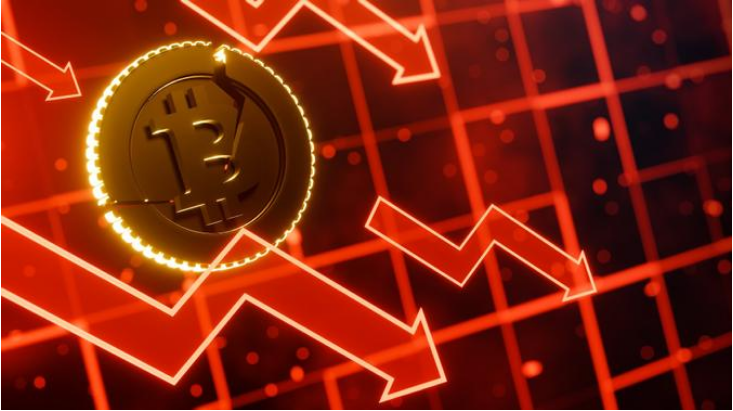 Currently, Bitcoin is going through one of the harshest bear markets ever. As this is being written, Bitcoin prices have fallen below the important psychological threshold of $20,000. There is a lot of back and forth action between the 78.60 Fib retracement level and where the price now is.

This suggests that sellers and buyers are engaged in a fierce tug of war, resulting in a wide price swing over the intraday time frame. But a market researcher predicts that the Bitcoin bear market is nearing its end. Maybe Bitcoin can extricate itself out of this mess?

A research from Cryptoquant detailing Bitcoin’s current bear market situation was just released. Recent research suggests that an increase in Bitcoin holders may signal the end of the bear market.

There is a statistic called “exchange inflow – spent output age bands” that can be used to determine the average age of coins sold on the market. 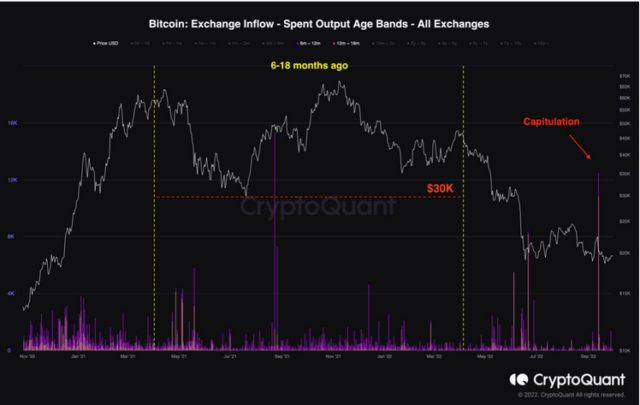 According to the data presented, most coins on the market now were purchased between six and18 months ago. The price of Bitcoin peaked between $30,000 and $60,000 during this time frame.

“One of the most valuable variables for analyzing capitulations is Exchange Inflow SOAB. Observing the graph, it is apparent that coins minted between six and 18 months ago have been actively sold recently,” Edris, the author of the report, said.

He claimed that these coins were purchased for more than $30,000 between April 2021 and April 2022. This signal indicates that many investors who entered the market during the 2021 bull market and over the $30K threshold have just capitulated and exited at a loss of nearly half.

According to the graph, even long-term Bitcoin holders liquidated their shares at a loss of about 50 percent. Edris pointed out that this type of mentality might be witnessed when the market is set to bottom out and rebound.

A recent Twitter post by Willy Woo demonstrated once again that the bottom has yet to be reached. This is similar to a tweet he also made on September 14, a day after Bitcoin and the broader financial market fell 12.8% following the announcement of CPI data by the U.S. Federal Reserve.

In that tweet, Woo stated that only 52 percent of all BTC on the market has bottomed, but the previous lows reached 60 percent. The crypto may or may not have reached its bottom, but investors and traders are currently wary of a short-term rise.