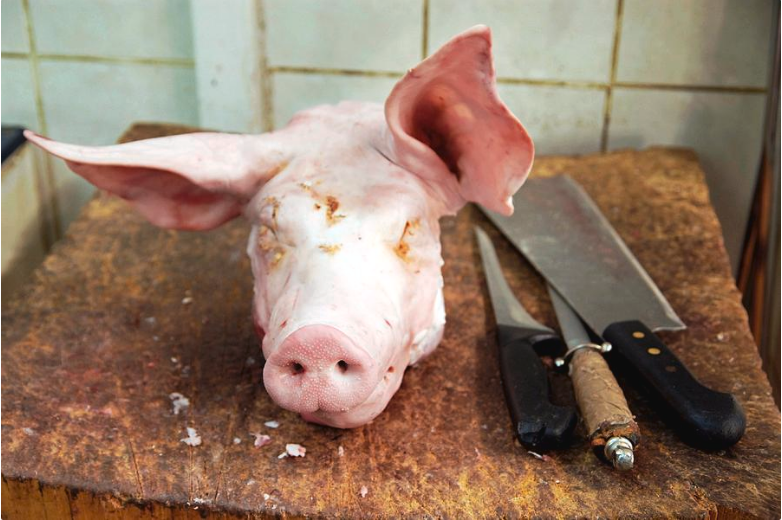 There’s a new type of Bitcoin scam and it sounds so bizarre: it’s called “pig butchering” and you definitely don’t want to be on the chopping board.

As the fraud’s name suggests, “pig butchering” refers to how a target is “fattened up” before being “slaughtered.”

This form of bitcoin scam happens when a con artist recruits victims using social media or dating services such as Tinder and Linkedin and establishes “trust” with the victim over weeks or even months.

“Pig butchering,” also dubbed by its Chinese translation “Sha zhu pan,” is a strange mix of an investment plan and a romance scam aimed to manipulate lonely netizens and take everything they have.

Originating in Southeast Asia, the scam is currently spreading across countries and languages, transforming into a global deception.

Typically, the swindle involves the con artist interacting with the victim by SMS or WhatsApp, masquerading as an incorrect number or an old acquaintance, and instantly beginning a cordial discussion with the victim.

These fraudsters are becoming savvier by employing persuasion rather than straight requests for money as a result of the fact that many individuals are aware of how to avoid being asked for money.

The victim is gradually drawn into what appears to be a benign talk about bitcoin investments and earnings, but is actually a “grooming” stage in which they are primed to make an investment.

Typically, the “lover” convinces the target to invest in bitcoin, and referring them to a bogus website or app that is covertly managed by the con artist.

The Victims Actually Get ‘Returns’ On Their Investment

Some victims even get a tiny amount of funds that are purportedly “returns” on their investments, in an attempt to attract them into investing even bigger amounts.

After the victim invests money in the fraudulent platform, the lover vanishes — along with the money, of course — never to be seen again.

Steve Belcher from Cleveland, who lost $1.6 million in the pig butcher hoax, said:

“I always believed I’d never fall for something like that.”

Belcher was able to make a few withdrawals from the cryptocurrency account he created without issue, but was afterwards unable to access the funds.

Consumer complaints to the Federal Trade Commission over romance scams surged in 2021 compared to 2020, according to a report by The Wall Street Journal.

Based on FTC data, victims reported losing $547 million to these scams, a 78 percent rise over the prior year.