Bitcoin & The Hunt For A Green October 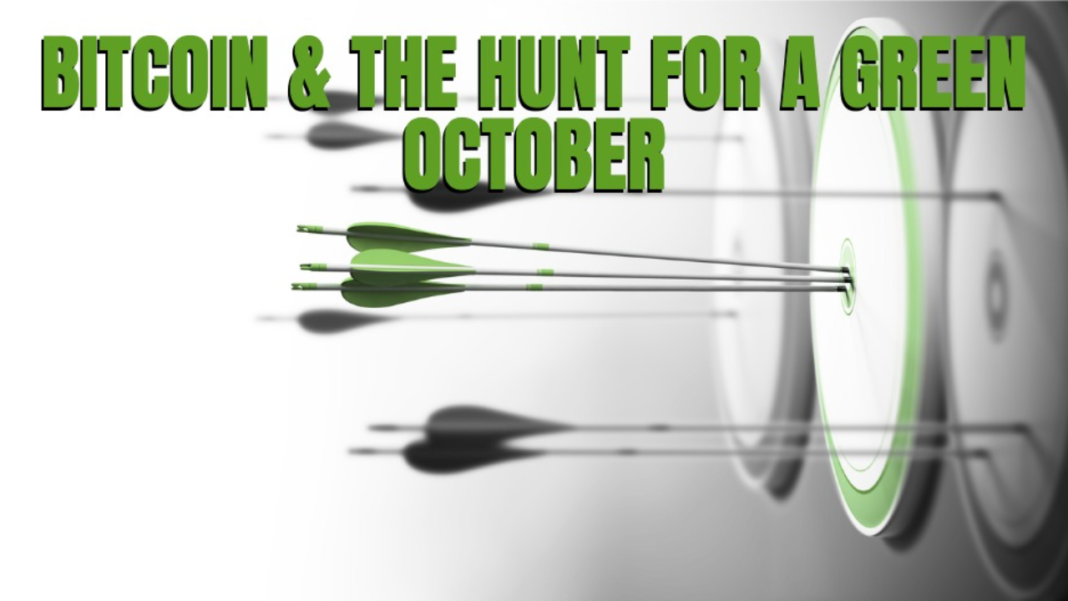 In this episode of NewsBTC’s daily technical analysis videos, we examine the reason for today’s volatility and rally rejection. We also look ahead at the factors that could give Bitcoin price a green October.

This morning, Bitcoin began with a large, more than 5% move to the upside, taking the top cryptocurrency to back over $20,000. Before bulls could at all breath a sigh of relief, bears swatted the rally back down a full thousand plus dollars to just under $19,000.

On weekly timeframes, there is also such a potential bullish crossover on the LMACD. Bears have repeatedly defended this signal. Before the rejection today, Bitcoin was back in the green and beyond the zero-line.

Interestingly, the current weekly candle also closely resembles the corresponding candle that appeared at the bullish crossover at the 2018 bear market bottom. Once again, there is a long upside wick coinciding with the crossover. The crossover was ultimately confirmed despite being defended by bears, and a bottom of the last major crypto winter was in. Why Bitcoin Could Close October In The Green

Finally, on monthly timeframes, although we are far away from any type of a bull cross, bears must maintain momentum or risk allowing bulls to take back control over crypto.

With only three days left in the monthly timeframe, and bullish crossovers on the daily, 3-day, and weekly, the hunt for a green October is on. Out of the last twelve Octobers, Bitcoin closed only four of them red.

Currently, no monthly candles have closed below the former all-time high set back in 2017, but this is what bears are salivating over. If bulls can prevent a close below this level, they could send bears back into hibernation for at least another three months.

Even if bulls close below the critical support level, the resulting candle will look just like the monthly candle where the tides did ultimately turn, and a new uptrend began.