Cardano ADA/USD risks the July lows despite the Vasil upgrade 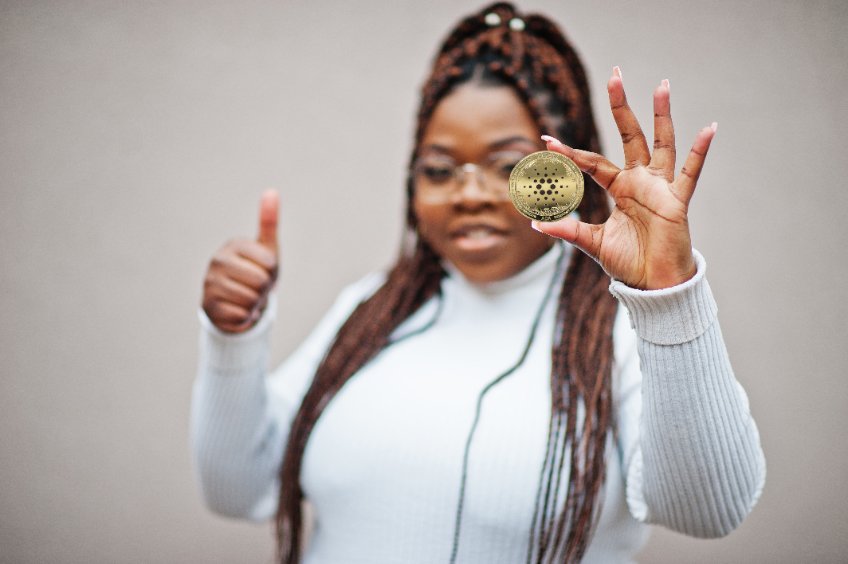 Cardano ADA/USD trades at $0.43, having lost more than 5% in the past week. The losses come immediately after the much anticipated Vasil upgrade. The cryptocurrency is still pointing lower, in bearish momentum.

Despite the Vasil upgrade, Cardano has succumbed to macro pressures. ADA has been sliding alongside other major cryptos owing to the uncertain macro landscape. The weakness is reflected in ADA’s technical outlook. 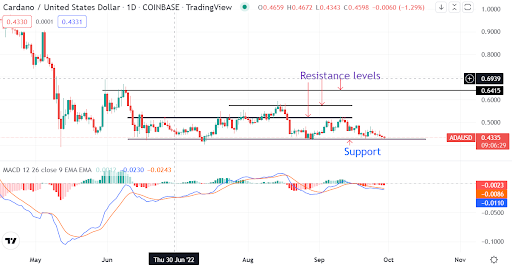 Cardano trades at one-month low and a support zone. The MACD indicator shows a waning momentum and remains in the bearish zone. With the technical indicators showing a bearish market, ADA will likely proceed below $0.43. The decline will see the cryptocurrency touch a low of $0.40, which was hit in mid-July.

Should buyer interest grow at the current level, Cardano could revert back to the resistance at $0.52. The token could also face a minor resistance at $0.48. The bullish scenario cannot yet be validated. Investors should wait before buying, as a bearish move seems more significant.

Cardano is under pressure at the $0.43 support as the Vasil upgrade fails to overcome weak sentiment. The cryptocurrency has suffered alongside other tokens as macro concerns heighten.