Digital currencies have found a major backer in a Nigerian presidential candidate, who expresses confidence in their potential and rejects the concept that they might destabilize an economy.

Bukola Saraki, one of the Peoples Democratic Party’s fifteen presidential candidates in Nigeria’s approaching election, agreed that digital currencies can truly benefit the nation’s youth. ormer Senate President Saraki asserts that he is the best candidate to lead Nigeria in 2023 and emphasizes the necessity to enact regulations governing players in this field.

“I believe that digital currencies have contributed to create jobs and opportunities, particularly for the younger generation. And I support initiatives that produce jobs and a conducive atmosphere for people to conduct business “Saraki said.

As of April this year, the cryptocurrency exchange Kucoin estimated that approximately 34 million Nigerians trade or hold crypto assets despite the Central Bank of Nigeria’s limitations on cryptocurrency transactions.

According to Jennifer Echenim, a Lagos-based software developer, the use of digital currency is increasing because organizations and individuals are continuously looking for ways to retain value. 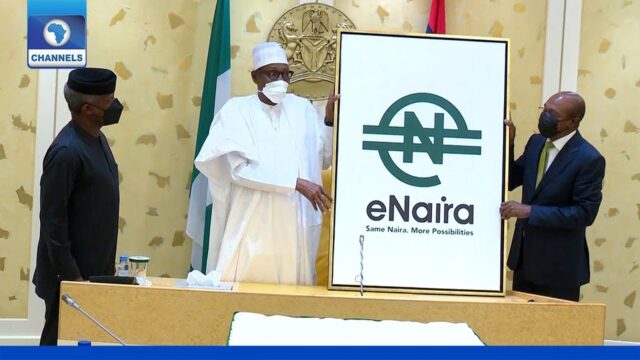 In October last year, Nigeria debuted a digital currency, which the CBN describes as a “significant stride forward in the evolution of money” in Africa’s most populous nation.

Since February 2021, however, the CBN has mandated that banking institutions prevent crypto-related transactions. The apex bank maintains that privately produced cryptocurrencies such as bitcoin have no place in Nigeria’s traditional financial infrastructure.

Despite the central bank’s mandate to financial institutions and following a clampdown on errant institutions, Nigerian interest in digital currencies has not decreased.

According to Paxful, a Bitcoin marketplace, Nigeria has the largest peer-to-peer trade outside of the United States.

In January of last year, it was reported that three months after its release, the eNaira app had been downloaded 694,00 times from 160 countries and was used in over 35,000 transactions. And, based on claims from local media, there have been roughly 700,000 downloads since last week.

The eNaira is the digital representation of Nigeria’s official currency, and the first national digital currency in Africa. After its introduction by the CBN, bank officials stated that it would facilitate financial inclusion and fiscal gains that would stimulate the economy.

Meanwhile, Saraki has not yet outlined his plans for the cryptocurrency industry if he wins the Nigerian presidency.

As of Monday, reports had emerged that Saraki had lost the race to become the opposition’s candidate to Atiku Abubakar.