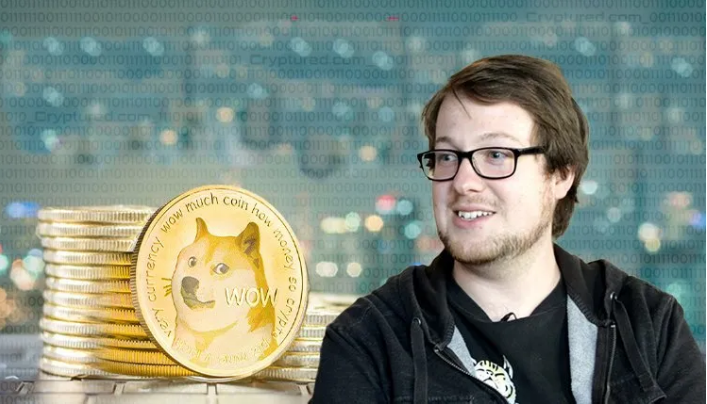 Billy Markus, one of Dogecoin’s co-founders, has declined $14 million worth of cryptocurrency.

Dogechain is designed to bridge the gap between the meme coin and Web3.

A Twitter user with the handle @RepeatAfterVee made Markus’s rejection of the offer public. The user said that Markus, who co-created the first meme coin with Jackson Palmer, declined an offer to tweet about – and perhaps boost – the image of Dogechain.

According to the Twitter user, Markus’ refusal to accept the offer was evidence of his unwillingness to “betray” the DOGE community.

Consequently, his acts merited the “highest regard” from the Dogecoin community.

In response to the tweet, Markus reminded the community that he had not become wealthy by developing the crypto. He stated that he was even occasionally accused of advocating pump-and-dump scams on the cryptocurrency market.

The creators of Dogecoin claimed they developed the dog-theme altcoin to poke fun at Bitcoin (BTC), the top cryptocurrency in terms of market capitalization and popularity.

A member of the Dogecoin Foundation, Jens Wiechers, clarified that Dogechain is an unofficial initiative unaffiliated with the popular meme coin or its creators.

“Claims in the media that Dogecoin launched a test network called “Dogechain” are untrue… The token is not related with Dogecoin, its developers, or anybody involved with The Dogecoin Foundation.”

Shortly after the Dogecoin project’s inception, Markus left. However, he is still active on Twitter and tweets regularly about his creation and the crypto sector in general.

Recently, he admitted he had no plans to restart DOGE project, or develop a new digital currency.

Dogechain was introduced earlier this month as a means for Ethereum (ETH)-based developers to create decentralized finance, non-fungible tokens, and other DOGE-based crypto solutions.

Meanwhile, the meme coin’s community has been advised against investing in Dogechain, despite its value increasing by almost 240% during the last two days.

Nonetheless, a portion of the earnings have been lost. Statistics from Coingecko show the meme coin was trading at $0.00261, down 7.5% in the last 24 hours.

Circle Advances Institutional Adoption Of USDC In DeFi And Web3