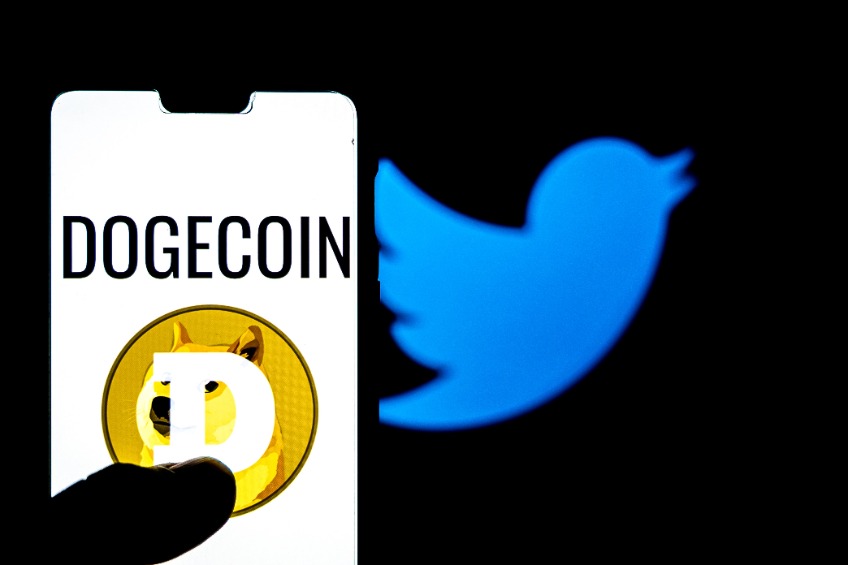 Just what the Dogecoin community has been waiting for – Elon Musk’s hint at DOGE payments on Twitter. On November 27, Musk shared slides of “Twitter company talk.” Musk’s slides showed that Twitter had made significant milestones since the billionaire investor bought the social media giant. These include an increase in new user signups and active minutes.

“Payments” was mentioned in Musk’s slides. It has been a long-term vision for Twitter 2.0. Although Musk did not exactly mention the use of DOGE as payment, it ignited hopes about the meme cryptocurrency. DOGE has always been mentioned as the preferred cryptocurrency for use in Twitter’s payment. In April 2019, Musk delighted the Twitter community when he said DOGE might be his favourite cryptocurrency. With the acquisition of Twitter, there have been greater calls for accepting the meme token.

The positive cryptocurrency news has boosted DOGE, which was rising before. The cryptocurrency had added 25% in the week, despite losing an intraday of 2% as of Monday. A technical outlook shows a breakout that could interest bulls. 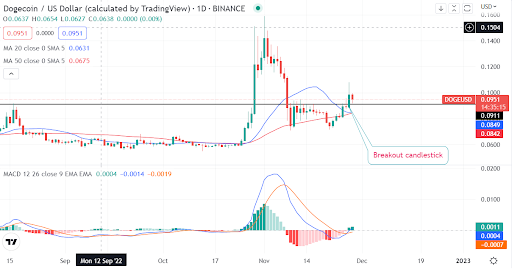 A daily chart technical outlook shows DOGE has overcome a key resistance at $0.09. A breakout happens after an extended consolidation slightly below the resistance-turned-support.

The 20-day and 50-day moving averages also support the cryptocurrency. The MACD indicator is shifting toward the bullish territory and shows DOGE’s momentum is improving.

What next for DOGE?

Musk’s news has accelerated the DOGE price and helped a breakout happen. However, it should be noted that buyers had an eye for a higher price prior to the Musk revelation. The cryptocurrency was pushing higher, indicating buyers were active on the meme token.

A break above $0.09 allows DOGE to continue higher. The cryptocurrency is a buy on the current correction. Buyers will eye the next resistance at $0.12. Further prices are possible to the November high of $0.15, depending on the crypto sentiment.

Where to buy DOGE

eToro offers a wide range of cryptos, such as Bitcoin, XRP and others, alongside crypto/fiat and crypto/crypto pairs. eToro users can connect with, learn from, and copy or get copied by other users.