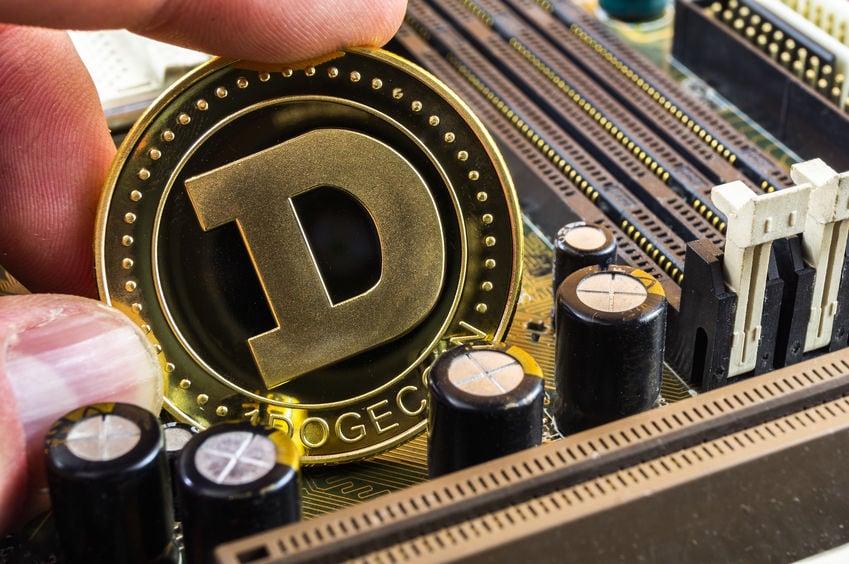 Dogecoin DOGE/USD added more than 7% over the weekend. The jump helped it to become the top gainer in the top 10 crypto bracket. Despite the lack of clear fundamentals, Dogecoin is known to pull moves even during a bearish market. At a time Bitcoin and other major cryptos are on a downturn, investors could be finding an escape through DOGE.

An IntoTheBlock data on Friday showed that whales were accumulating Dogecoin. As of September 23, the number of 100 million to 1 billion DOGE holders rose by 5.13% in a week. DOGE also added 6 new whales in the week. The addition of whales coincided with a low price of $0.05. It means that whales were finding DOGE attractive at the low valuation.

A 4-hour chart outlook shows DOGE on an uptrend 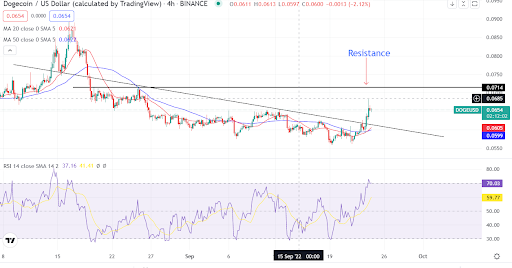 From the 4-hour chart, buyer activity on DOGE increased as the token bottomed below the bearish trendline. A bullish surge followed, pushing the price to break above the trendline. The meme token also broke above the moving averages. A 20-day MA crossover above the 50-day MA supports the upside potential. From a technical perspective, a bullish reversal has been confirmed on DOGE after the breakout.

Buyers will try to take DOGE back to $0.07 after the breakout. However, the ride to $0.07 will be characterized by potential short-term corrections as DOGE is currently overbought.

A retracement towards the breakout zone is an opportunity to buy DOGE. The bullish momentum is strong, but the price is yet to reach the key resistance at $0.07.