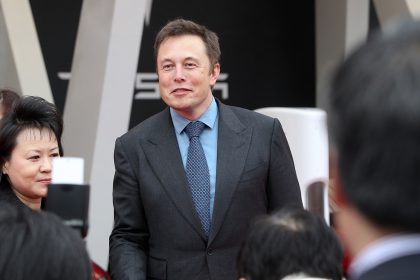 At the latest Tesla earnings call, Elon Musk stated that Twitter has much greater potential than current value.

“I can’t emphasize enough we have excellent demand for Q4 and we expect to sell every car that we make for as far into the future as we can see. The factories are running at full speed and we’re delivering every car we make, and keeping operating margins strong.”

Furthermore, Musk also added that Tesla may likely conduct a “meaningful buyback” in 2023, of potentially between $5 billion and $10 billion. This would naturally be subject to approval by the board.

The outspoken Tesla CEO also touched on his pending acquisition of micro-blogging giant Twitter (NYSE: TWTR). According to Musk, despite the challenges and constraints, Twitter is facing, the company has incredible potential. He further emphasized that Twitter’s long-term potential is “an order of magnitude greater than its current value.”

To help finance the $44 billion Twitter buyout, Elon Musk is expected to sell a portion of his sizable Tesla stock. Furthermore, the electric automaker’s chief executive also expressed optimism about Tesla’s future market value. In his opinion, the company can far surpass Apple’s (NASDAQ: AAPL) current market cap, and be worth more than the tech giant and Saudi Aramco combined. However, Musk also concedes that achieving such a feat would not come easy and may not eventually happen at all.

Answering shareholder questions on macroeconomic issues impacting Tesla’s business in and beyond China, Musk notes a China recession. According to him, the East Asian nation’s property market is in the doldrums meanwhile, Europe currently has an energy-driven recession. Assessing the economic health of North America, the billionaire businessman stated:

“North America’s in pretty good health, although the Fed is raising interest rates more than they should, but I think they’ll eventually realize that and bring them down again.”

On Tesla’s preparedness to a possible recession happening in the US, Musk says they “are very pedal to the metal come rain or shine”. Furthermore, he also added that Tesla would not cut production “in any meaningful way” whether or not a recession hits.

Tesla reported third-quarter earnings after the bell on Wednesday, raking in a revenue of $21.45 billion versus the $21.96 billion expected. In addition, the leading EV manufacturer’s earnings per share came in at $1.05 compared to analysts’ estimates of 99 cents. Also, according to Tesla, net income (GAAP) stood at $3.33 billion for the period that ended September 30th. This is more than double what the company realized a year ago. Furthermore, Tesla’s automotive revenue rose 55% from the same period last year.

Tesla also stated that it was “transitioning to a smoother delivery pace,” in order to meet transportation capacity.