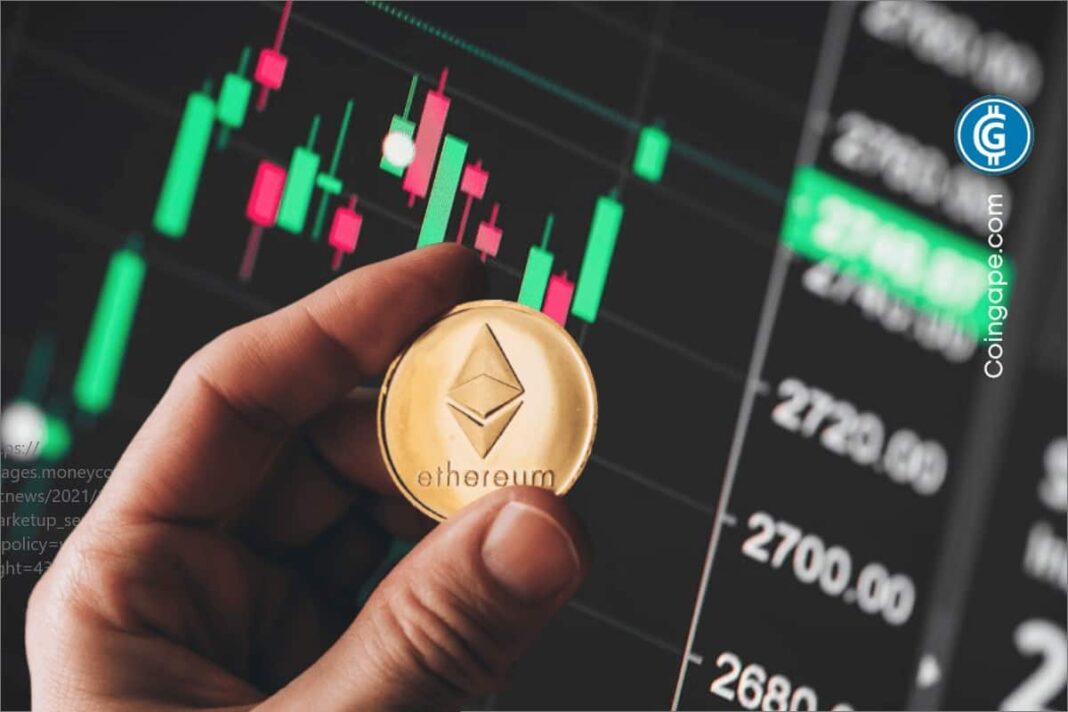 The world’s second-largest cryptocurrency Ethereum (ETH) has continued its strong rally moving past $1,750 levels earlier today. As of press time, ETH is trading 5.6% up at a price of $1,734 levels with a market cap of $211 billion.

Ethereum has been leading the crypto market rally with a strong surge in its address activity. As on-chain data provider Santiment reported:

Ethereum had a big Thursday, soaring above $1,770 for the first time since June 10th. This spike was just two days after $ETH hinted at a big move following its #AllTimeHigh in address activity, breaking over 1 million for the first time in history.

On the technical charts, if Ethereum (ETH) manages to give closing above $1,680 levels, it can head further to $1,800 levels. But at the same time, ETH also saves a major resistance at $1,740, its 100-day exponential moving average (EMA).

100 day EMA looks like the line to beat now! pic.twitter.com/TUXvIa9RbM

The transition of the Ethereum blockchain to a Proof-of-Stake (PoS) network has served as a major catalyst in the recent ETH price rally. Ethereum developers recently declared that The Merge upgrade on the Ethereum mainnet shall happen anytime around mid-September.

As a result, there’s a huge optimism among ETH investors as of now. Speaking to Bloomberg, Paul Veradittakit, a partner at Pantera Capital said:

“The Ethereum merge will turn the protocol into a proof-of-stake chain and provide more utility for the token, changing the tokenomics, and providing excitement for further decentralization for Ethereum going forward”.

Going ahead, the global macro factors are likely to play a greater role in the ETH price rally. Earlier on Wednesday, the U.S. Federal Reserve announced a 75 basis points rate hike to control the soaring inflation.

Katie Talati, director of research at Arca said: “Market is outperforming right now on macro outlook. Many are now speculating that the Fed will take a more dovish stance and will slow any further rate hikes for this year”.