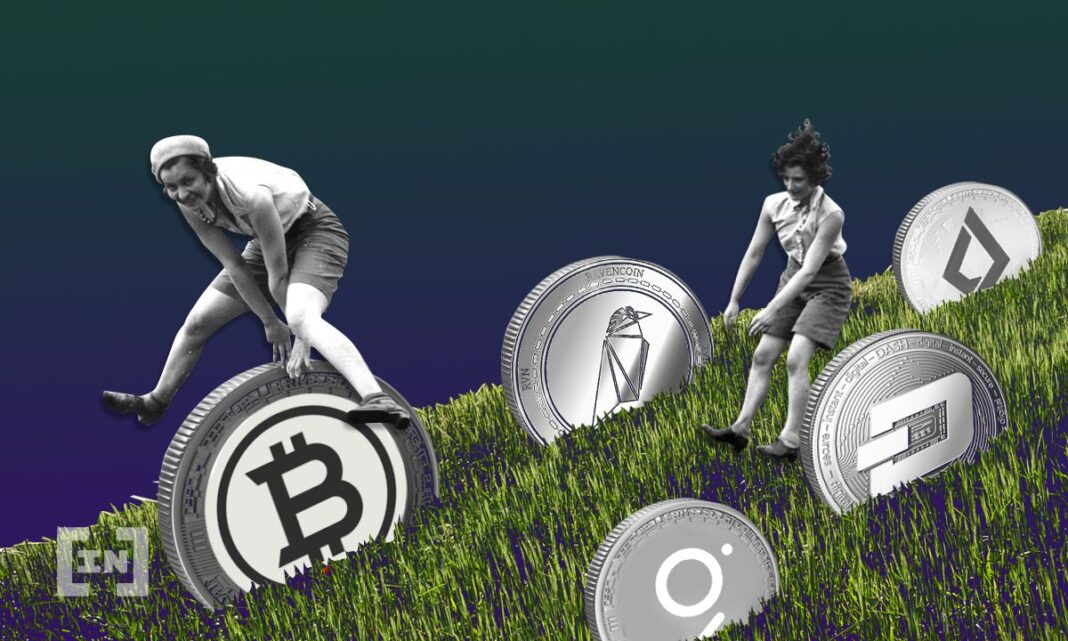 BeInCrypto breaks down some of the biggest altcoin movers and shakers from the previous week. Will their momentum continue?

During the week of Feb 8 -15, these five altcoin picks rallied the most:

BTG has increased considerably over the past two weeks but has yet to move above an important resistance area at $32.

RVN reached an all-time high price of $0.09 on Feb. 14 and is currently in the process of validating the previous all-time high resistance area as support.

DASH has already moved above the long-term $236 resistance area and should continue increasing at an accelerated rate.

Despite reaching an all-time high of $2.81 on Feb. 11, the lack of price history for GRT makes analysis of the token difficult.

LSK reached an all-time high price of $4.93 on Feb. 14 but has fallen slightly since, retesting the all-time high resistance area, above which it previously broke out from.

The BTG chart shows a massive upward move that has been going on since a breakout from it validated a long-term descending resistance line as support (green arrow).

Since then, the BTG increase has turned parabolic, reaching a high of $33 so far. All three of the: RSI, MACD, and Stochastic Oscillator are still increasing, suggesting that the trend is bullish.

However, until BTG breaks out from the $32 area and validates it as support, the upward move is not yet confirmed.

BTG has not reached a close above this level since Jul. 2018. If it does so successfully, the rate of increase should significantly accelerate.

Technical indicators are bullish since all three of the: MACD, RSI, and Stochastic Oscillator are increasing. Once RVN manages to clear this area and validate it as support, the rate of increase is likely to accelerate.

Last week’s rally took DASH above the $236 resistance area, the 0.382 Fib retracement level of the most recent downward move. Previously, DASH had traded below this level since Apr. 2018.

Currently, DASH is in the process of moving above this area, something which could trigger an accelerated rally towards the next resistance area at $571.

Technical indicators are bullish and support the continuation of the upward movement.

The GRT chart shows a significant upward movement that has been going on for the past week. This led to an all-time high price of $2.81 on Feb. 12. GRT fell shortly afterward but has regained the majority of its losses since then.

Before Dec. 17, 2020, the lack of price history makes it difficult to construct a proper analysis of the token.

LSK has increased immensely over the past three days, reaching an all-time high price of $4.70 on Feb. 14. While it has dropped significantly since then, the decline served to validate the $2.90 area as support, leaving a long lower wick behind.

Technical indicators are bullish, and since there is no resistance above the current price, the rate of increase may significantly accelerate from here on out.