Helium could rally by 10% today as it outperforms the market 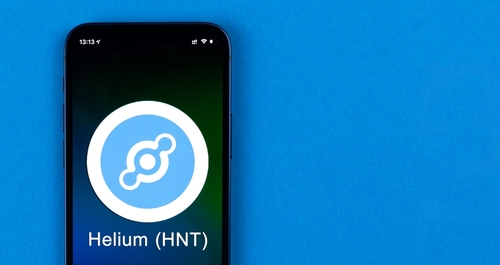 HNT is on track for its biggest gain this month as Helium is outperforming the other coins in the top 100.

HNT, the native token of the Helium network, is the best performer amongst the top 100 cryptocurrencies by market cap today. It has added more than 7% to its value so far on Wednesday and could be on track for its biggest daily gain so far in October.

The positive performance comes as the broader crypto market continues its positive start to the week. The total crypto market cap crossed the $950 billion mark after adding less than 1% to its value in the last 24 hours.

Bitcoin, the world’s number one cryptocurrency, is trading above the $20k level for the first time this month after adding 1% to its value in the last few hours.

Ether, the second-largest cryptocurrency by market cap, is, however, down by less than 1% but continues to trade above the $1,300 resistance level.

There is no immediate catalyst behind HNT’s ongoing positive performance. However, if it maintains it, HNT could surge by more than 10% before the end of the day.

The HNT/USD 4-hour chart has turned bullish as Helium has been performing well over the last 24 hours. The technical indicators show that Helium is outperforming the broader crypto market.

The 14-day relative strength index of 63 shows that HNT could soon enter the overbought region if the bulls continue to control the market.

The MACD line crossed into the positive territory yesterday, indicating that HNT has overcome its recent bearish trend.

At press time, HNT is trading at $5.384 per coin. If the bullish trend continues, HNT could move past the first major resistance level at $6.691 before the end of the day.

However, it would need the support of the broader crypto market to target the $8.5 resistance level for the first time since August.

Where to buy now

Binance is one of the largest cryptocurrency exchanges in the world. It is better suited to more experienced investors and it offers a large number of cryptocurrencies to choose from, at over 600.

Binance is also known for having low trading fees and a multiple of trading options that its users can benefit from, such as; peer-to-peer trading, margin trading and spot trading.