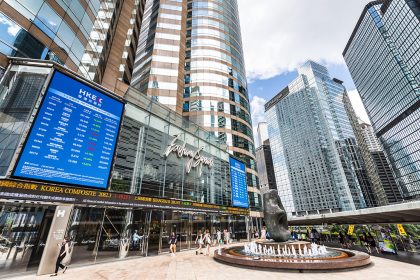 The plunge in revenue and profits in the quarter are borne out of the reduction in trading volumes, a situation that is not necessarily peculiar to the Hong Kong Stock Exchange alone.

The Hong Kong Stock Exchange and Clearing House (HKEX), one of the most popular national bourses in Asia has recorded a cratered profit and revenue for the third quarter of the year. As reported by Reuters, the exchange’s profit slumped 30% to HK$2.26 billion from HK$3.25 billion when compared to a year earlier.

The headwinds faced by the Hong Kong Stock Exchange took its undertone from the geopolitical tensions that have rocked its shores as well as those involving Russia and Ukraine. The global and regional economy has faced a very stiff financial and economic meltdown that has sent many investors fidgeting, thus taming how much money they splash on trading.

Notably, the plunge in revenue and profits in the quarter are borne out of the reduction in trading volumes, a situation that is not necessarily peculiar to the Hong Kong Stock Exchange alone. In fact, both traditional bourses and cryptocurrency exchanges have recorded related slumps in trading volume and the situation has made many to re-strategize their efforts in order to sustain their businesses at these trying times.

When compared to the earnings season in the United States and the figures that have been reported by most Wall Street firms that have published their third-quarter performance thus far, we can conclude that on the global scene, the plunge in profit and revenue is an “Unusual Twist.”

For instance, Coinspeaker reported yesterday that American multinational investment banking giant, Goldman Sachs Group Inc (NYSE: GS) recorded third-quarter revenue of $11.98 billion as against the $11.41 billion that analysts projected. While the bank’s investment banking unit underperformed, other key units of the firm recorded impressive feats to help the firm hit a positive sentiment with its investors as evident in the trading of its shares.

The resultant positive earnings period in the United States has impacted on the outlook of the top market indices including the Nasdaq Composite (INDEXNASDAQ: .IXIC) which recorded its best trading day since July yesterday.

The global economy is still very well laced with soaring inflation, and harsh monetary policies, and performances from major companies will help determine the level of deviation from normal health for most economies.