Is Metacade a Better P2E Opportunity? 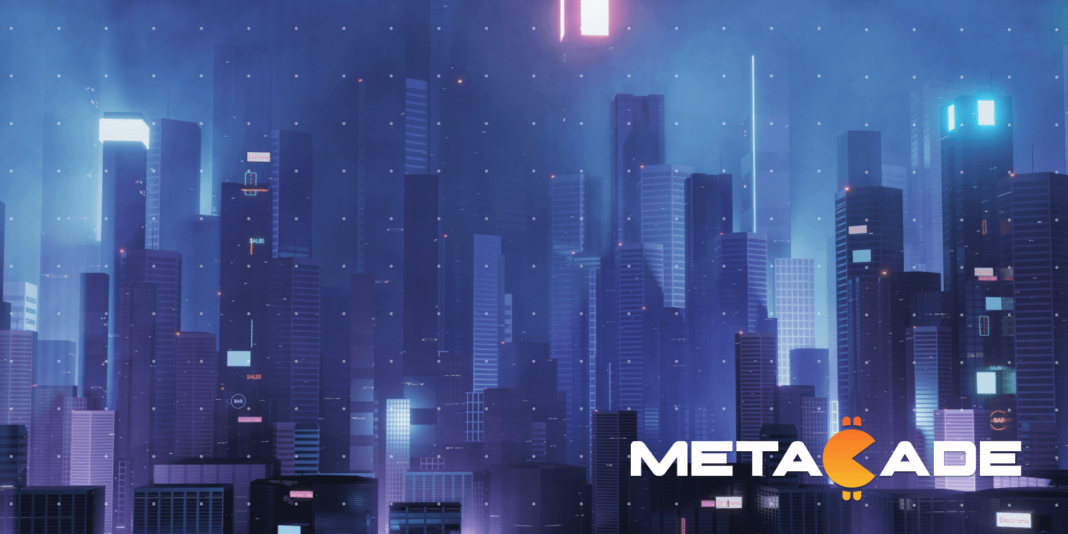 The cryptocurrency bear market has been damaging to projects like Decentraland and its MANA token. At its peak, the project was trading at a $10 billion valuation, but now that’s slumped down to around $1.1 billion. The project may recover with the metaverse once again gaining more traction, but investors should also be considering the potential that Metacade (MCADE) has been showing.

Metacade is the latest metaverse gaming project that is setting out to build a community-led arcade-style gaming hub. The project offers multiple avenues to generate income through create-2-earn and play-2-earn initiatives, making Metacade a strong contender as the best P2E project in the metaverse.

Looking at the Metaverse

Both gaming and metaverse sectors have suffered in the bear market. On the other hand, that makes now the perfect time to focus on building better and stronger in time for mass adoption. When companies like Facebook, Disney, and Walmart start stepping into the metaverse then you know that there’s scope for enormous earning potential. Some estimates have said the revenue potential for the virtual universe is as high as $800 billion by 2024. This is exactly what makes Metacade such an enticing project right now.

Metacade is bursting onto the blockchain gaming scene with big plans to be the ultimate community hub for gamers and game developers. One of the platform’s goals is to build the world’s first metaverse arcade. While lots of projects that combine gaming and crypto feature only one or two games, Metacade will have a whole library. These games will be created by and for the players themselves to help foster a real Web3 community.

How Does Metacade Work?

Metacade’s creation and development will be driven by the community with the MCADE token providing governance votes on the project’s future, as well as providing payment for community building and staking opportunities. A create-2-earn initiative will see developers rewarded with grants for the best game ideas, while gamers can test and review new titles to earn more MCADE. This setup will encourage the community to work together and build Metacade into the best p2e project and game-fi destination. All of this makes the Metacade a totally new and disruptive idea compared to similar projects.

The Decentraland price will hinge on two things: the rate of adoption within the metaverse and the project’s ability to remain relevant amidst strong competition. A report from Bloomberg said that metaverse revenues could reach $800 billion by 2024. That is a huge market for the right projects but Decentraland is expected to have some fierce competition from corporate giants, like Meta Platforms and Disney.

In the past, the price for Decentraland’s MANA token had soared to $5 per token in late 2021 shortly after Facebook announced its rebrand to the metaverse. However, that ended up being just a speculative burst and the coin has since dropped to $0.60. If the metaverse does provide the revenues that Bloomberg predicted then the Decentraland price prediction would be for the MANA token trading at $10.

Decentraland has sold plenty of its LAND tokens and virtual land parcels. However, users are free to build anything and that adds some risks to the overall quality of the project. Additionally, Meta CEO Mark Zuckerberg has admitted that the metaverse will take years to develop and that means that projects need to attract users along the way. This makes Decentraland a decent enough investment, but nothing compared to the potential of Metacade.

Why should you invest in Metacade?

Metacade has the potential to surpass the gains of Decentraland in part because it’s still an early-stage project. The project is coming in at the right time to catch the metaverse evolution before it goes totally mainstream. It is planning a big marketing push into 2023 to attract developers and gamers to the project.

This means that there’s a small window of opportunity before the MCADE coin can rub shoulders with MANA. The MCADE token will have 9 stages in its presale starting at $0.008, and the price of an MCADE token is guaranteed to be growing at each stage.

To use Axie Infinity as an example, the coin surged to give the project a $10 billion market cap at its peak. With 1 billion tokens available in the presale. All things considered, that means a $10 billion valuation.

Nevertheless, Axie Infinity is only one game whilst Metacade is planning on having dozens of games on its platform – this makes its potential success amongst gamers incredibly high. Being a multi-title platform could increase the company’s potential valuation by double or even triple. Looking at all this together is why investing in MCADE should be on everyone’s radar.

The Decentraland platform has the scope to challenge other projects for the big revenues expected in the metaverse. However, the project has been struggling lately and could be surpassed by the disruptive efforts of Metacade in the foreseeable future. Decentraland has little control over what gets built on its land parcel. Metacade, on the other hand, aims to only bring the highest quality games to its platform. This can be done for two simple reasons: voting and a dedicated community of gamers and developers.

In contrast to Decentraland, Metacade will be fully developed by a gaming community that will feel a sense of belonging there. Additionally, bringing a multi-game arcade to the metaverse is a unique and brilliant plan that’s certain to draw a wide gaming audience to the project. As such, the create-2-earn and play-to-earn dynamics may supercharge the price of MCADE and investors should look to get involved before the community rapidly expands.

You can participate in the Metacade pre-sale here.