Is Near Protocol about to recover the $4.2 level and become bullish again? 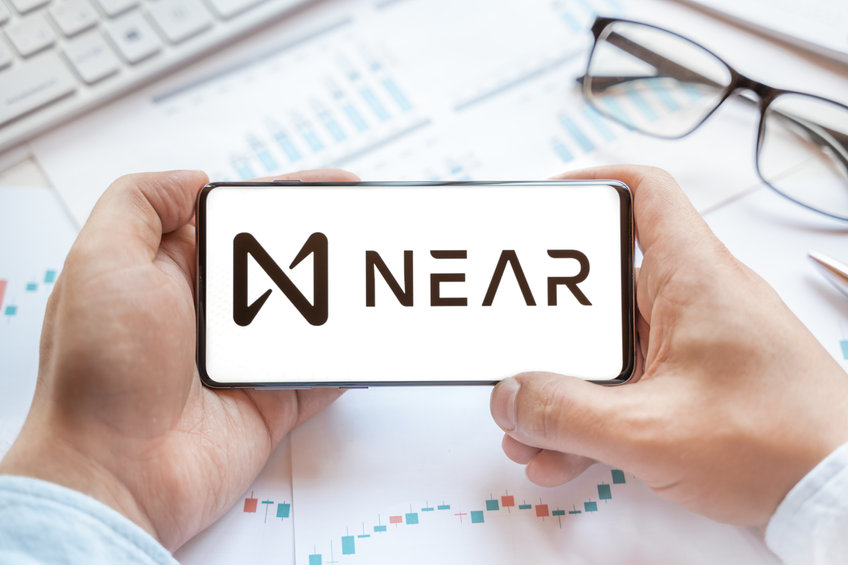 Near Protocol NEAR/USD traded at a monthly high of above $6 in mid-August. The last time the token hit such a high level was in May. However, recent weaknesses forced the token back to $4.0, slightly below or at the support zone of $4.2. As of the time of writing, NEAR was trading at $4.26. Although the price was sluggish, bulls were wrestling the bears. That offers a chance for the token to move higher should the price overcome the slump.

Near Protocol has been deriving momentum from recoveries in Ethereum. In particular, the anticipated Ethereum Merge has been boosting liquidity in Layer-1 protocols. Near Protocol has so far cooled as the Ethereum rally also slowed. However, we know that volatility may creep back as the September 15 date of the expected merge approaches. While we can’t ascertain how much the Merge will boost NEAR, investors would be good watching. A price recovery that keeps $4.2 intact will be a bullish catalyst.

NEAR trades at the support with no directional movement 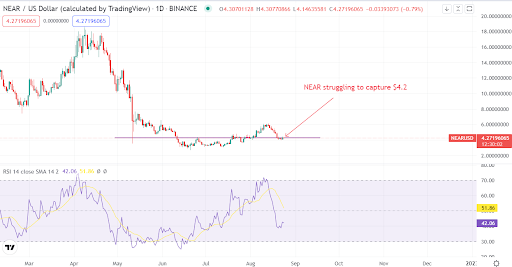 A technical outlook shows NEAR struggling to maintain the $4.2 level. The token is near the oversold level but still has more room to fall. There is currently no directional movement, and we cannot rule out a further slump.

Nonetheless, if the bulls keep $4.2 intact, the price could jump higher. The token should be keenly watched for the potential outcomes.

Near Protocol token is wrestling the $4.2 support. Bulls will take over if the price recovers from the support. If the price crashes below $4.2, bears will be in control. The token is one to keep a tab on.