The Ethereum Merge is anticipated by the cryptocurrency industry, but many stakeholders want to get the most out of it. The much-anticipated update, according to Wall Street firm JP Morgan, might potentially be quite advantageous for cryptocurrency exchanges. On the other hand, retail traders might be hoping to profit from a potential increase in the price of ETH as soon as it occurs.

According to a StreetInsider report from August 17, the analyst claims that the cryptocurrency exchange has recently taken significant steps “to maximize the value of Eth staking for its clients,” which Worthington argues could lead to increased revenue generation for Coinbase.

Notably, as the Merge draws closer, the overall value of its staked native token, ETH, has reached a new all-time high, nearly doubling over the previous year despite its price decreasing by 43% during the same period. 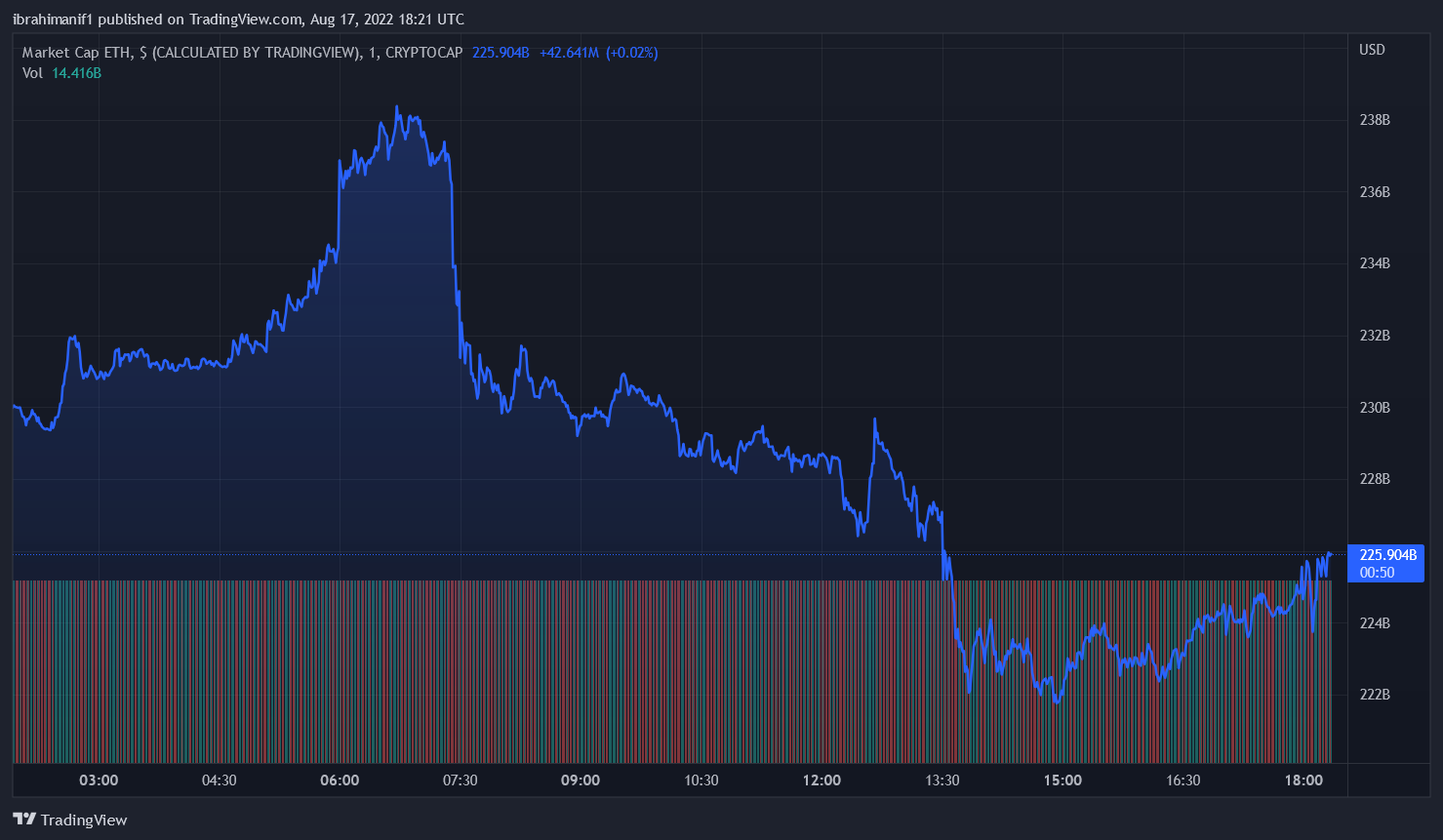 Many people consider the Ethereum Merge to be one of the most important turning points in the lengthy and tumultuous history of cryptocurrencies. Some estimates place Coinbase’s market share for ETH assets around 15%.

“Coinbase is bigger in [ether] than was intuitive to us, thus leading directly to a bigger revenue opportunity,” the bank wrote. JPMorgan also has given Coinbase shares a neutral rating and a $64 price target.

Retail users may “traffic more in the more speculative tokens,” according to Worthington, but institutions are clearly overrepresented in Coinbase’s market share because they are more inclined to purchase ETH and Bitcoin.

The JP Morgan analyst claimed that apart from Coinbase, other exchanges including Binance, Gemini, and FTX would also profit from the Ethereum upgrade. We project that Coinbase will get $650 million in additional yearly staking revenue from the Ethereum merger, based on a $2,000 ETH price and a 5% yield. We estimate that annual staking income will increase by $80-$100 million.

The Ethereum Merge is anticipated for September 15; however, technical alterations to the schedule are possible. The upgrade will make it possible to switch from Proof of Work to Proof of Stake as the consensus mechanism. The new mechanism should result in less energy being used for Ethereum mining. Prices have recently increased as a result of the Merge’s impending arrival and preparations for it.