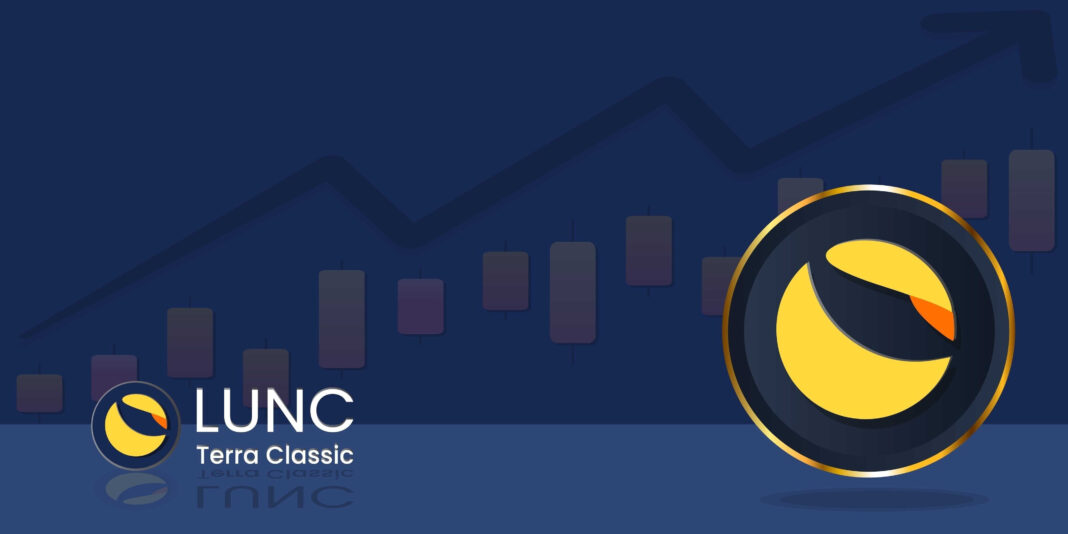 LUNC, the native coin of the Terra Classic ecosystem, is up by 50% in the last 24 hours, outperforming the other major cryptocurrencies.

LUNC is the best performer amongst the top 100 cryptocurrencies by market cap today. The native token of the Terra Classic ecosystem is up by more than 50% in the last 24 hours, outperforming the broader crypto market.

The cryptocurrency market is recovering from the slump suffered on Wednesday. The total market cap is now up by more than 4% in the last 24 hours and currently trades above $975 billion.

Bitcoin is eyeing the $20k resistance point once again after adding nearly 3% to its value today. Ether is up by more than 7% in the last 24 hours and is trading above $1,600 ahead of the Merge.

The LUNC/USDT 4-hour chart is extremely bullish as the cryptocurrency is up by more than 130% in the last seven days. The technical indicators show that it is one of the best performers in the market.

The MACD line is within the positive territory, indicating bullish momentum for LUNC. The 14-day relative strength index of 78 shows that LUNC could enter the overbought region if the rally is sustained.

At press time, LUNC is trading at $0.0005318 per coin. If the positive momentum is maintained, LUNC could surge past the $0.000751 resistance level. In the event of an extended bullish run, LUNC could set a new all-time high around $0.001 level.

The bears are still lurking and could drag LUNC lower after the tax burn event. If that happens, LUNC could decline below the $0.00040495 support level.