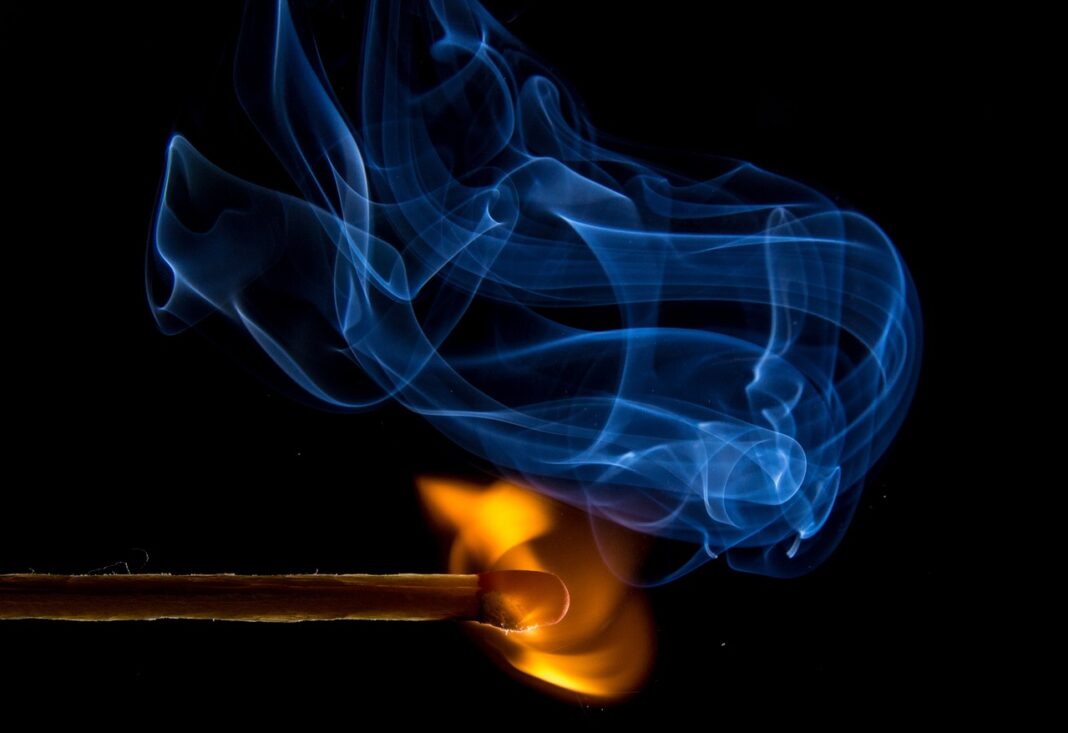 A new Ethereum-based token is burning ETH at a rapid clip and has diluted in price just as quickly – but all by design. The XEN token has accounted for nearly half of Ethereum gas in a 24-hour window in recent days. What is it, and where did it come from?

Let’s take a brief look at the XEN mechanism, what it’s all about, and where things go next.

A Costly Token At A Cheap Price

The XEN token has burned nearly $2M in Ethereum in the past two days and peaked at 53% of Ethereum usage, according to the project’s Twitter account. Even as the dust has settled, at time of publishing the project still composed over 35% of gas usage over the past 24 hours. XEN is hogging ETH gas usage, but…. what is it?

The freshly launched project aims to be a vehicle to burn Ethereum, adding deflationary fuel to the fire. This has substantially contributed to deflationary activity in Ethereum, reducing peak post-merge supply by roughly 5,000 ETH in recent days (according to data dashboard ultrasound.money) – but with an inflationary price mechanism. Xen is currently fueling the top ‘trending’ dashboard on Dune Analytics at time of publishing too, with the XEN Dashboard (there are a number of other informative dashboards in the top trending page on Dune as well).

Most crypto veterans and skeptics are wary of projects like this, many citing HEX and other inflationary/deflationary mechanisms that haven’t succeeded in the past. Others have cited likely botting within the project (of which XEN’s website proclaims to be a “non-issue argument”). 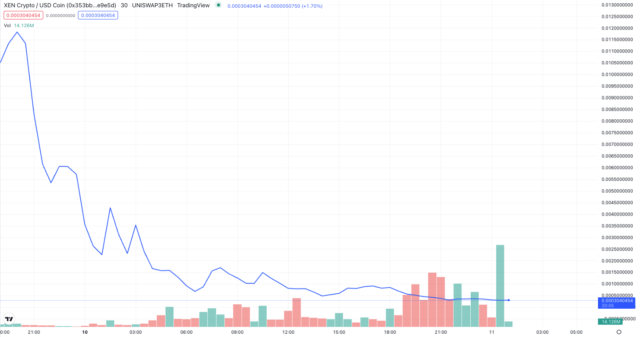 Prior to last month’s merge event, which shifted Ethereum to proof-of-stake, crypto speculators generally were in consensus that Ethereum would turn to a more deflationary asset once the merge was complete. However, in the weeks following the transition, Ethereum has largely been inflationary – up until the XEN token’s push. The result has led to inflationary price action on the XEN token (to be expected, particularly as the project touts a free mint) and deflationary supply movement in ETH (which is likely a sight for sore eyes for ETH holders).

On one hand, while ETH holders and supporters likely support the deflationary supply movement, they’re to be less enthused that it took an external token to do so – particularly one that is simply dedicated to doing just that. It bodes well for short-term supply but only suggests that there are long term hurdles to overcome.