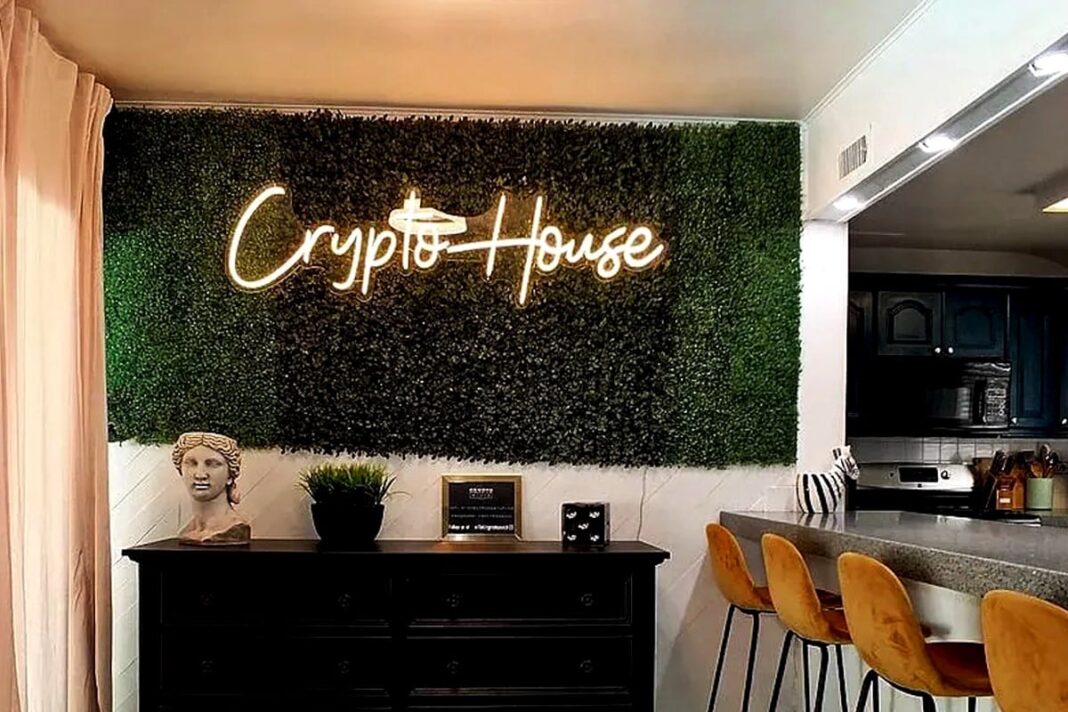 The “CryptoHouse,” as it is known on the flashing neon sign in the kitchen, was put up for sale in October last year for $1.2 million. However, as of January 5, it is now being offered for $949,000.

The four-bedroom, three-bathroom house has a spacious, open floor plan that listing agents boast is perfect for shrewd investors in the property description.

Its tasteful wallpaper choices include several non-fungible tokens (NFTs) from the vintage Bored Ape Yacht Club (BAYC). However, CryptoPunk collections are prominently displayed in the living room and dining room. Also, these are mysteriously and perplexingly absent from the description. Each of the home’s four rooms has a themed wallpaper, including one for Bitcoin (BTC), Ethereum (ETH), and Dogecoin (DOGE). Another has a smattering of tweets lauding cryptocurrencies.

People can rent CryptoHouse at Airbnb

For those who want to look before they leap, the house is also available for rent on Airbnb. There is no urgent need to enter because it appears that no reservations have been made for the foreseeable future.

The UK NFT Investment Company has been duped

The United Kingdom-based investment company NFT Investments reported that it was the victim of a phishing attack. However, the attack cost it $250,000 in assets. The company stated that it is “managing a cybersecurity incident” as a result of the attack on January 9 on the news wire of the London Stock Exchange on January 12. According to reports, the amount stolen amounts to “less than 1%” of the company’s current net asset value.

Also Read: What Is Crypto Fear And Greed Index? How Does It Work?