More Amicus In XRP Lawsuit, Is It Good? Attorney Explains 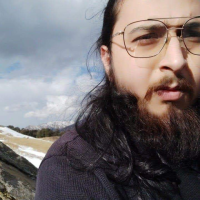 The long running legal tussle between the US SEC and Ripple saw many things turning around in the month of October. A good number of individuals and firms came forward to ask the court’s permission to file Amicus briefs in the XRP lawsuit.

Why more Amicus in XRP lawsuit is vital?

Attorney Jeremy Hogan in a post explained why it is good that many Amicus Briefs are trying to enter the XRP lawsuit. He stated that Amicus is called the “Friend of the Court”. As per records, the Amicus has been submitted only in top level courts. These courts resolve difficult issues in the country.

However, it is not normal to see numerous Amicus Briefs in a “trial level” case. Different individuals entering the XRP lawsuit would show the importance of it among the people.

The court’s or judges allowing as many as Amicus in the case would directly suggest that they understand the issue here is much more complicated. As the ruling over the matter will affect a large group of people or even the industry. Attorney believes that this is a good thing in the XRP lawsuit.

Hogan also informed that the record number of Amicus Briefs being filed in a case has been 78. Many individuals asked the court to let them enter in an abortion case back in 80. However, this case also made it to the U.S Supreme court.

Earlier, Coingape reported that Judge Analisa Torres has accepted the request of SpendTheBits and Investor Choice Advocates Network to file briefs in the XRP lawsuit. These individuals will be filling the Amicus Briefs in the support of Ripple’s motion of Summary Judgement.