The price of Bitcoin gained momentum Saturday, rapidly rising more than 10% to barrel past the $21,000 level.

Market sentiment has become more bullish as a result of MicroStrategy’s U.S. Securities and Exchange Commission filing to sell $500 million worth of MSTR shares in order to purchase additional Bitcoin.

The publicly traded software company holds more than 129,700 BTC, making it the largest corporate holder of the world’s most popular cryptocurrency.

MicroStrategy disclosed in a prospectus filed with the SEC on Friday that it has entered into an agreement with investment bank Cowen & Co. to offload up to half a billion dollars in MSTR Class-A common stock. 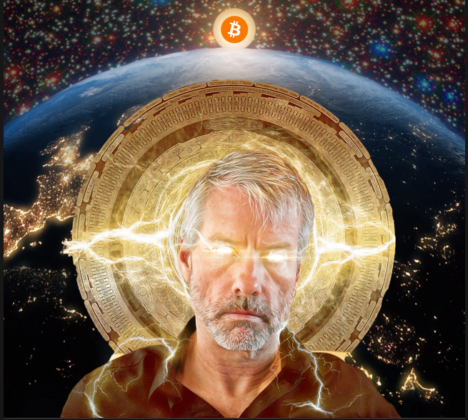 It is the first tangible indication that MicroStrategy founder Michael Saylor, who recently quit as CEO to become executive chairman and focus on buying bitcoin, is not abandoning his ambitious plan to transform the company into a cryptocurrency proxy.

MicroStrategy, who now has Phong Le as new chief executive, reported a second-quarter loss of more than $1 billion after the price of BTC hit a record low.

Since 2020, Saylor has used funds raised through the sale of stocks and bonds to acquire approximately 130,000 BTCs to the tune of more than $2 billion.

The former CEO, who co-founded MicroStrategy in 1989, serves as executive chairman to this day.

MicroStrategy stated in a filing that the company may use the net proceeds from this offering to acquire additional Bitcoin.

The company issued a warning about Bitcoin’s fluctuation and abrupt price movements, which caused the largest cryptocurrency by market capitalization to trade below $20,000 earlier this week.

According to CoinMarketCap data, this number is a far cry from the all-time high of $68,789 in November of last year.

In light of this year’s market volatility, MicroStrategy’s stock has become pegged to the price of Bitcoin, resulting in a $1.2 billion loss on its Bitcoin wager. Friday, however, the shares rose by 12% as BTC rose by nearly 10%.

The District of Columbia recently filed a lawsuit against MicroStrategy and Saylor for allegedly evading taxes on Saylor’s earnings in the district.