Seth Green Developed An Animated Show Around His Stolen Bored Ape. Now What?


Hollywood actor Seth Green can’t catch a break. He fell for a phishing attack and someone stole four valuable NFTs from him.  A Bored Ape Yacht Club, two Mutant Apes, and a Doodle, to be exact. As if that wasn’t bad enough, Green was developing an animated show around his Bored Ape.

You see, BAYC were among the first collections that gave holders the commercial rights of the Apes they own. The thing is, Seth Green doesn’t own the NFT anymore. To complicate things, the hacker sold the Bored Ape in question to an NFT collector that goes by DarkWing84 for around $200K.

And, as “intellectual property and technology law professor” Eric Goldman told BuzzFeed, “Ordinarily, bona fide purchasers are legally protected if they buy an item not knowing that it’s a hot item.” This fact elevates this whole situation to landmark case status. If it ever gets to that. Seth Green has been actively trying to settle things privately with DarkWing84.

When Bitcoinist first reported on the hack, we described the situation as follows:

“Seth Green disclosed in a tweet on Wednesday that he had fallen victim to phishing scammers who took numerous expensive NFTs from his cryptocurrency wallet.
The Hollywood celebrity renowned for movies such as Robot Chicken, The Italian Job, and Party Monsters pleaded with everyone not to purchase the NFTs from the scammers and tagged one of the customers in an attempt to find a solution.”

Well frens it happened to me. Got phished and had 4NFT stolen. @BoredApeYC @opensea @doodles @yugalabs please don’t buy or trade these while I work to resolve:@DarkWing84 looks like you bought my stolen ape- hit me up so we can fix it pic.twitter.com/VL1OVnd44m

In the tweet, Seth Green requested, “please don’t buy or trade these while I work to resolve: DarkWing84 looks like you bought my stolen ape- hit me up so we can fix it.” At that time, no one knew about the show he was developing.

What Do We Know About Seth Green’s “White Horse Tavern” Show?

Well, the BuzzFeed article describes the animated show as:

“On Saturday, Green teased a trailer for White Horse Tavern at the NFT conference VeeCon. A twee comedy, the show seems to be based on the question, “What if your friendly neighborhood bartender was Bored Ape Yacht Club #8398?”

And we have the “White Horse Tavern” trailer. Does the show look TV-quality to you?

And, since Seth Green presented the trailer at VeeCon, BuzzFeed offers these quotes from the event:

“I bought that ape in July 2021, and have spent the last several months developing and exploiting the IP to make it into the star of this show,” Green told Vaynerchuk. “Then days before — his name is Fred by the way — days before he’s set to make his world debut, he’s literally kidnapped.”

Does this whole situation sound too convenient to you? Because it could all be a hoax to get eyes on the show. On the other hand, phishing attacks happen every day. 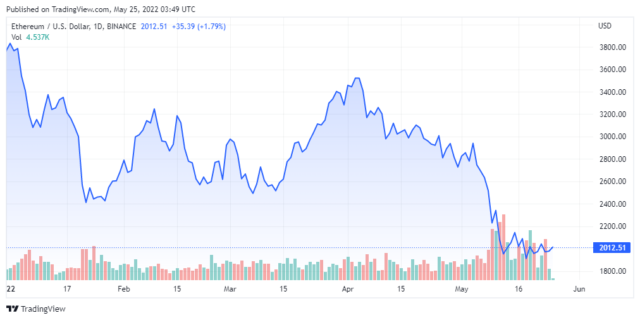 This case is more complicated than it sounds. Twitter lawyers think that, since the Ape was stolen, the thief doesn’t get the IP rights. There are more layers to this, though. The scammer sold it. The new owner has the NFT, and that’s what gives you the IP rights to the Bored Ape. The whole thing is a mess.

“If the current owner “wanted to cause trouble for Seth Green they probably could, because that person becomes the holder” of the commercial usage rights.”

And on the platform side of things, “all four NFTs taken from Green are now marked with “suspicious activity” warnings.” OpenSea spokesperson Allie Mack told BuzzFeed:

“We do not have the power to freeze or delist NFTs that exist on decentralized blockchains; however, we do disable the ability to use OpenSea to buy or sell stolen items.”

Not true since the art was stolen. A buyer who purchased stolen art with real money and refuses to return it is not legally entitled to exploitation usage of the underlying IP. It’ll go to court, but I’d prefer to meet @DarkWing84 before that. Seems we’d have lots in common.

Last but not least, after the news broke, Seth Green responded to one of the first places reporting on the situation. “A buyer who purchased stolen art with real money and refuses to return it is not legally entitled to exploitation usage of the underlying IP. It’ll go to court, but I’d prefer to meet DarkWing84 before that. Seems we’d have lots in common.” The man seems hopeful. Let’s hope the parties involved can figure something out in negotiations.