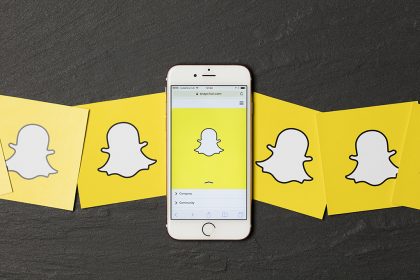 The social media company said it remains optimistic about its long-term opportunity amid its community growth.

Snap (NYSE: SNAP) announced a lower-than-expected revenue while reporting its Q3 2022 earnings, after which the company’s shares dropped as much as 25%. While the expectation was $1.14 billion, Snap said revenue for the quarter was $1.13 billion. Its shares fell from about $11 per share to $8 in after-hours trading in reaction to the news. The stock has even plunged further since the announcement. At press time, Snap Inc stock is down 27.06% to $7.87 after closing at $10.79.

Although Snap misses analysts’ estimates on revenue, the figure is still 6% up this quarter. This is the first time its revenue would drop into single digits since its public debut in 2017. Net loss also grew 400% to $360 million, including $155 million in “reconstructing charges.” The company said in August that it was cutting 20% of its staff. According to Snap, laying off some of its 6,000 employees is part of a restructuring plan.

In Q3 2022, Snap CEO Evan Spiegel said the company focused on three strategic priorities. They are growing the community and ensuring deep engagements with its products, diversifying and speeding up its revenue growth and AR investment.

Furthermore, Snap saw its daily active users increase during Q3 2022. This shows that the social media platform is still attractive to many, and existing users remain loyal. However, the average revenue per user (ARPU) declined by 11% to $3.11. In the investor letter for Q3 2022, Snap wrote:

“Our revenue growth continued to decelerate in Q3 and continues to be impacted by a number of factors we have noted throughout the past year, including platform policy changes, macroeconomic headwinds, and increased competition. We are finding that our advertising partners across many industries are decreasing their marketing budgets, especially in the face of operating environment headwinds, inflation-driven cost pressures, and rising costs of capital.”

The social media company said it remains optimistic about its long-term opportunity due to its community growth and engagement. Snapchat has customers in more than 20 countries, reaching 75% of their 13-34-year-olds. Moving on from Q3 2022, Snap has refused to give guidance for Q4. Notably, this marks the second consecutive time the company did not offer a forecast.

“Forward looking revenue visibility remains incredibly challenging, and this is compounded by the fact that revenue in Q4 is typically disproportionately generated in the back half of the quarter, which further reduced our visibility,” the company wrote.

Snap has lost more than 80% over the past year and 77.06% since the year started. However, the company has added 8.33% in the last three months and gained 4.55% over the past month. The social media service provider has pooped a little over 8% in the last five days.