Solana NFTs are swinging it better in revenue compared to Ethereum NFTs in just 24 hours which may be attributed to the hype of the highly awaited launching of the Trippin’ Ape Tribe collection.

SOL is getting the kick from the Solana Summer, beefed up by the Trippin’ Ape Tribe collection launch.

Solana, dubbed as the leading altcoin, with its new NFT project, Trippin’ Ape Tribe, isn’t trippin’ (pun intended) with outperforming Ethereum NFT and all other NFT projects in trading volume over the past 24 hours.

The tides have turned from the high-value NFTs like Ethereum as Solana NFTs are trumping it despite the desolate stance of the crypto market. Ethereum NFT trading volume has been miserable for the past couple of weeks.

Solana NFTs, on the other hand, are generating more market sales, or roughly $24.3 million, in the past 24 hours. Ethereum has stacked up over $24 million in the same period. 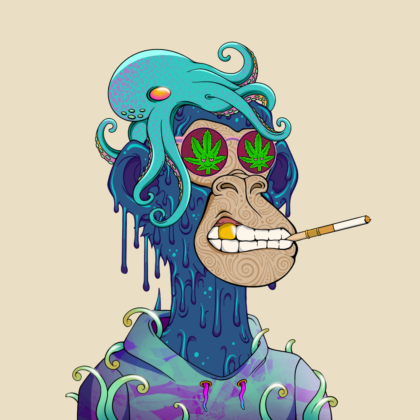 While it may look like a small fraction, this is the first time that a smaller NFT like SOL has overpowered the giant Ethereum.

Sales of the NFTs were up by 436% in 24 hours compared to the previous day. Trippin’ Ape Tribe, a rare community-first PFP project, was launched Tuesday on Magic Eden. This NFT project is almost identical to the Mutant Ape Yacht Club NFT by Ethereum.

Solana On The Rise; Ethereum Remains On Its High Horse

While Ethereum remains on its high horse as the leading NFT platform, SOL’s rise is a force to reckon with, considering the degree of attention it’s getting lately.

Trippin’ Ape is considered the most popular NFT project in that 24-hour window and slammed all other NFT projects. Next in line is Bored Ape Yacht Club, which totaled $3.5 million.

Trippin’ Ape Tribe NFT is priced at a minimum of 54 SOL or roughly $2,600 and can be bought at the Magic Eden.

NFT marketplace trading volume has ramped up this year compared to the 2021 stats of $25 billion. Solana NFT market is picking up with Okay Bears leading for barely a month with $100 million in sales.

Magic Eden has also outpaced OpenSea, an Ethereum marketplace, for user base and transactions per week.

On the other hand, SOL transaction fees are cheaper than Ethereum’s, which could have contributed to the increase in users and number of transactions.