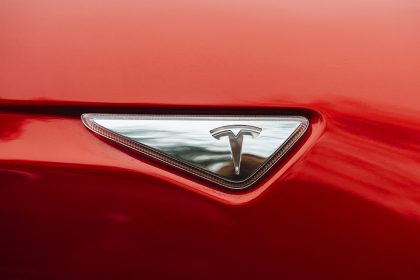 Tesla said during the Q3 2022 earnings call that it expects to miss its delivery target for the year.

Shares of EV giant Tesla (NASDAQ: TSLA) are down 6.28% after-hours after the company’s Q3 earnings call and released its Q3 2022 financial performance. The company referred to the 2022 third quarter as a strong one with record revenue, free cash flow, and operating profit. Tesla affirmed that it saw an “industry-leading operating margin.”

According to Tesla, Q3 2022 adjusted earnings per share (EPS) came in at $1.05, over the expected 99 cents per share. Meanwhile, revenue was a little below expectation of $21.96 billion, coming in at $21.45 billion. The carmaker reported $3.33 billion for the quarterly net income (GAAP). Also, automatic gross margins remain unshaken from the previous quarter at 27.9%.

Furthermore, Tesla said during the Q3 2022 earnings call that it expects to miss its delivery target for the year. CEO Elon Musk told analysts that the demand is high, stating that there is “excellent demand for Q4.” He added that the automobile company expects to swell all its cars during the quarter. According to Musk, “the factories are running at full speed and we’re delivering every car we make, and keeping operating margins strong.”

However, the company is dealing with some logistics issues. Before now, the company said it is looking forward to its delivery rate increasing by 50% from its 2021 deliveries. Tesla delivered 936,172 cars last year.

During the Q3 2022 earnings call, the Tesla CEO hints at a possible buyback next year. He mentioned that the “meaningful buyback” could be between $5 billion and $10 billion. Elon Musk is highly optimistic about the future of the electric vehicle company. He expressed his confidence in Tesla exceeding Apple’s current market valuation. At press time,Apple (NASDAQ: AAPL) is worth $2.31 trillion, while Tesla’s market cap is $689.96 billion. As a matter of fact, Musk is even more bullish, saying that the automotive company is on the path to becoming more valuable than both Apple and Saudi Aramco combined.

The billionaire also spoke about the situation of Tesla’s business in China and other international markets.

“China is experiencing a recession of sorts and Europe has a recession of sorts driven by energy. North America’s in pretty good health, although the Fed is raising interest rates more than they should, but I think they’ll eventually realize that and bring them down again.”

In addition, the CEO spoke about his pending Twitter takeover. Musk is expected to sell part of his Tesla shares to fund the acquisition, which is worth $44 billion. He said:

“I think it’s an asset that has sort of languished for a long time but has incredible potential. The long-term potential for Twitter is an order of magnitude greater than its current value.”

Read other business news on Coinspeaker.