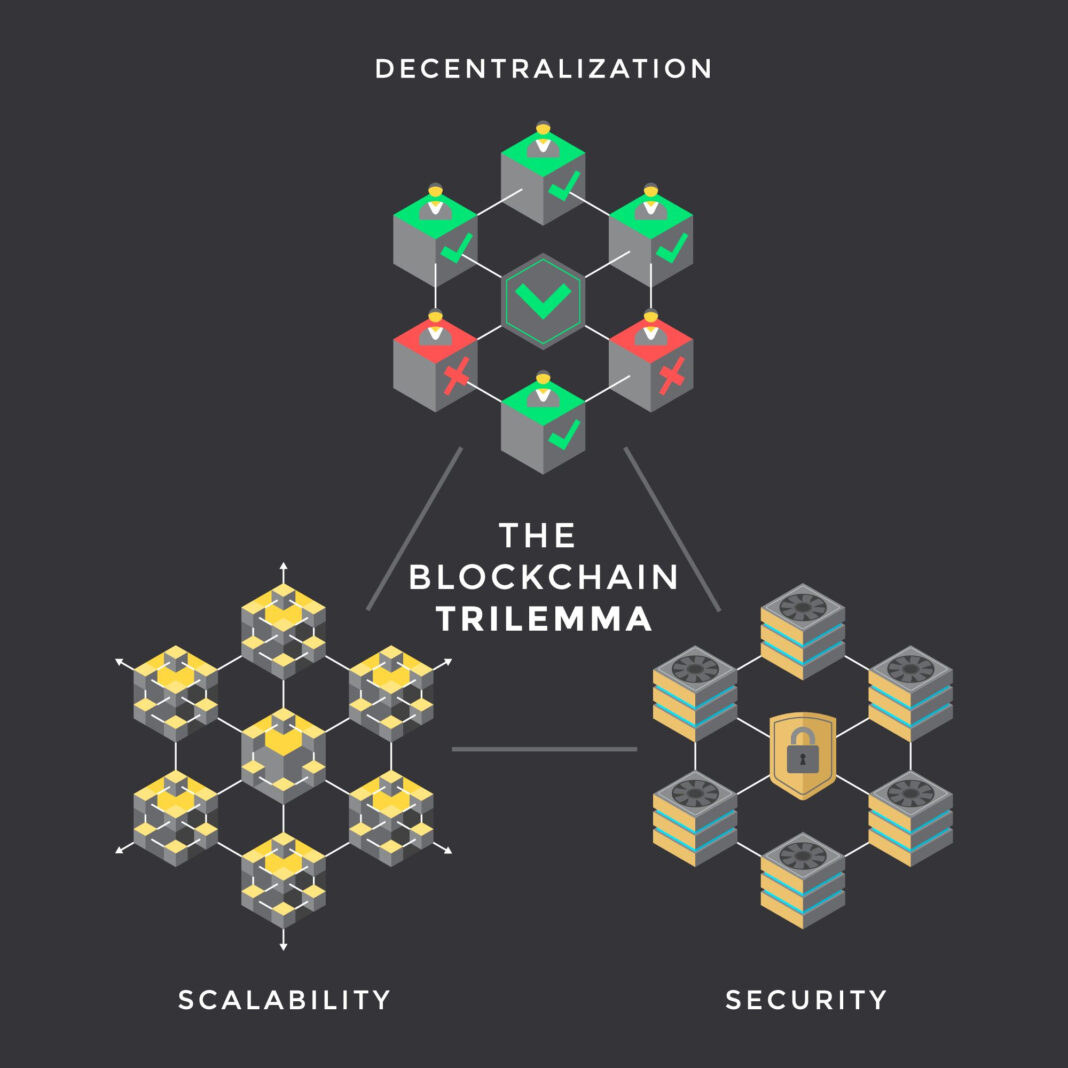 The blockchain trilemma is the challenge of achieving scalability, security, and decentralisation simultaneously on a blockchain network.

What is the blockchain trilemma?

The blockchain trilemma is a term used to describe the three main challenges that blockchain technology faces: decentralization, scalability, and security. While there are many potential solutions to these challenges, no single solution has been able to address all three challenges at once, even though the Mina protocol does the best. As a result, trade-offs must be made between these three goals in order to create a successful blockchain project. Mina protocol tends to face this challenge. Right now, Mina is used to pay for gas costs for running DApps and for transaction fees. However, recently mina protocol price reached 1 USD and has stayed there since June 18, 2022.

How to make sense of the different blockchains?

There are a few different types of blockchains, each with its own strengths and weaknesses. Public blockchains are decentralised and allow anyone to join or participate in the network. Private blockchains are permissioned, meaning that only certain people or organisations can access them. Consortium or federated blockchains are somewhere in between, usually involving a group of companies or organizations that work together.

Each type of blockchain has its own use cases. For example, public blockchains are well suited for applications like cryptocurrency that needs to be accessible to everyone. Private blockchains, on the other hand, may be better for things like supply chain management, where you want to limit access to only those who need it. Consortium or federated blockchains are often used for things like cross-border payments, where multiple parties need to be able to access and update the data.

To make sense of the different blockchains, it’s helpful to think about what problem you’re trying to solve and what type of access or security you need. That will help you choose the right type of blockchain for your needs.

Decentralisation vs. security and scalability in blockchain

Decentralisation is one of the key features of blockchain technology. It allows for a distributed ledger that is not controlled by any central authority. This decentralisation has many advantages, including increased security and scalability.

However, there are also some disadvantages to decentralisation. For example, it can make it more difficult to achieve consensus on the network and can lead to fragmentation. Additionally, decentralized systems are often more vulnerable to attacks than centralized ones.

Thus, when considering whether or not to use blockchain technology, it is important to weigh the pros and cons of decentralisation. In some cases, a more centralised approach may be more appropriate.

How does this affect blockchain development and adoption?

The effect of regulation on blockchain development and adoption will vary depending on the specific regulatory environment in each jurisdiction. However, in general, it is likely that increased regulation will lead to greater clarity and certainty around the legal status of blockchain technology, which could, in turn, boost confidence in the technology and encourage wider adoption.

How to overcome the blockchain trilemma?

Each blockchain project will have to find its own balance between decentralization, security, and scalability. However, there are some general principles that can guide you in finding the right solution for your project.

Secondly, it’s important to remember that there is no perfect solution to the blockchain trilemma. Every blockchain project will have to make compromises in order to find the right balance for its specific needs.

Finally, it’s worth noting that the blockchain trilemma is not an insurmountable challenge. With careful planning and execution, it is possible to create a decentralised, secure, and scalable blockchain system.

The potential of blockchain technology beyond cryptocurrency

While it is most commonly associated with cryptocurrency, the truth is that blockchain can be used for much more than that.

What is the future of blockchain technology?

There is no doubt that blockchain technology has the potential to revolutionise the way people do business. The distributed ledger system provides a secure and transparent way of conducting transactions and tracking data.

Despite these challenges, there is a lot of potential for blockchain technology. With the right development and adoption, blockchain could change the way people interact with each other and conduct business.

To sum up, the Blockchain Trilemma is a problem that needs to be solved in order for blockchain technology to reach its full potential.