This Expert Trader Says Cardano (ADA) Will See A 50% Decline 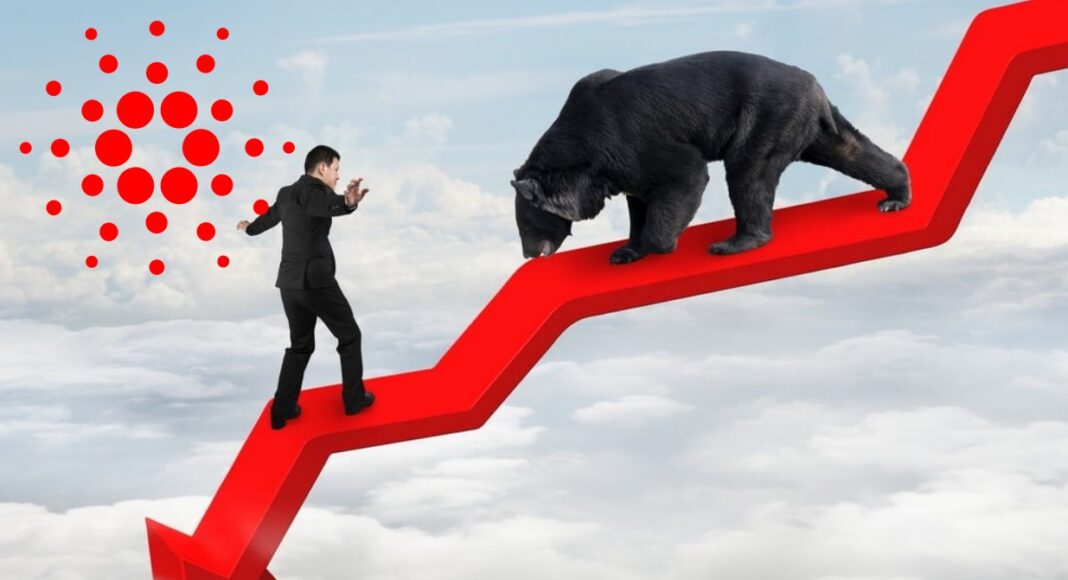 Cardano (ADA) has seen its price decline significantly over the last year after hitting a new all-time high above $3. The digital asset is down more than 86% from this all-time high value to be sitting just above $0.4 at the time of this writing in what looks like the digital asset has found its bottom. However, expert trader Peter Brandt says that the worse is not yet over for the digital asset, and more decline in price should be expected.

According to analysts, this could see the price of Cardano (ADA) actually fall below $0.25. Now, given the current price of ADA, it would mean that the digital asset’s price would have to mark another 50% decline from this point. Furthermore, it would put ADA’s price at more than 90% below its all-time high price. Not a surprising figure, as cryptocurrencies have been known to lose more value in a bear market.

The $ADAUSD chart is a classic descending triangle per Schabacker, Edwards and Magee and suggests a possible decline to sub .25. Do charts always work? — not really, but when they do it is a thing of beauty. Note — I do NOT short #8hitcoins pic.twitter.com/HP6mEbChJq

Interestingly, though, Brandt added that he did not plan to short the altcoin despite this price prediction. His reasoning for this was that he did not short “shitcoins,” referring to the 8th largest cryptocurrency by market cap as a shitcoin.

In Peter Brandt’s analysis, he notes that following the charts does not always work but that they sometimes do. For investors, it would mean that they should prepare for the worst-case scenario in case the forecast does prove to be accurate. However, not everyone agreed with the analyst’s forecast for the digital asset.

Another Twitter user who goes by @eenmakkie took to the replies to combat Brands’s analysis. They explain that while ADA’s price going below $0.35 was a possibility, it would not be possible to drop below $0.25 unless the price of bitcoin were to break below $16,000.

This is not a farfetched prediction, given that altcoins tend to closely follow and mirror the price movements of bitcoin. If bitcoin were to drop another 10-20% and fall below its previous cycle bottom of $17,600, then the crypto market could be looking at more losses.

Nevertheless, ADA seems to have a strong hold above $0.4 at the moment despite technical indicators all pointing to bearish performance for the digital asset. But if it fails to hold the $0.42 support level, then sub-$0.35 becomes a stronger possibility.