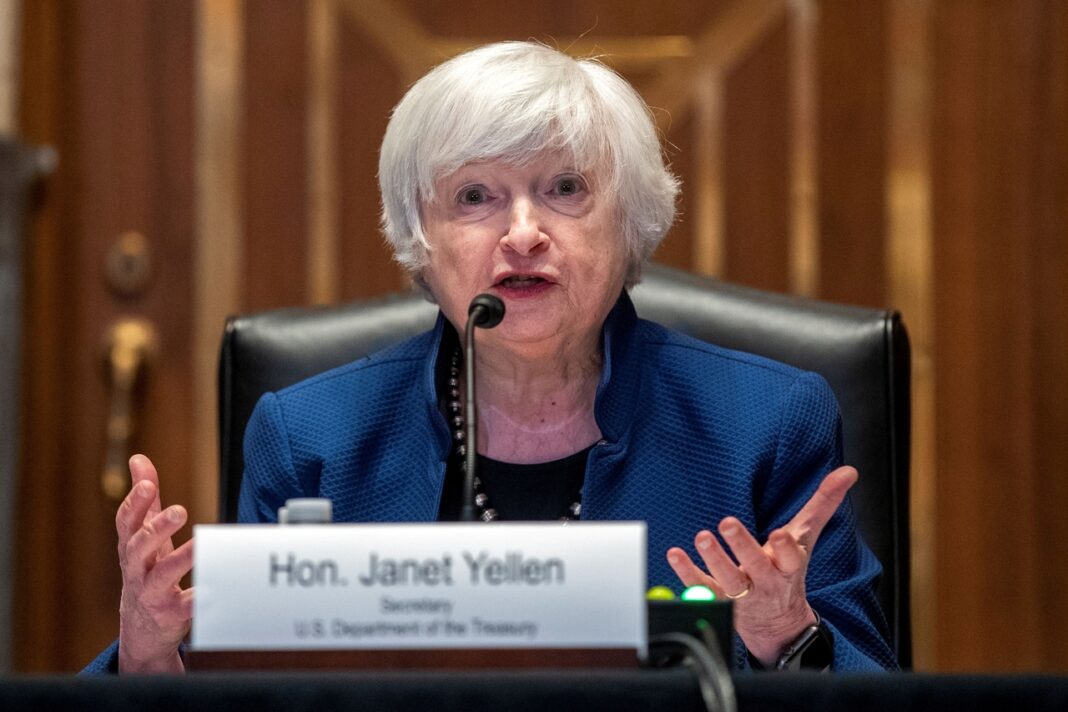 A large number of financial companies including giants like Fidelity have been working to offer crypto exposure in the 401 (k) retirement plans. U.S. Treasury Secretary Janet Yellen has issued a strong warning on this matter and has asked Congress to intervene.

Yellen said that cryptos become a “very risky” choice as part of the retirement plans for average savers. Speaking at an event organized by the New York Times on Thursday, June 9, Yellen said:

“It’s not something that I would recommend to most people who are saving for their retirement. To me it’s very risky investment.”

Yellen’s response particularly came when asked about Fidelity Investments’ plan of getting crypto exposure to retirement plans. Not only Yellen but even the U.S. Labour Department has objected to this.

The Treasury Secretary further added that it would be better if Congress regulates which assets to include in tax-favored retirement vehicles. Speaking of her view regarding the Congressional action, Yellen said: “I’m not saying I recommend it, but that to my mind would be a reasonable thing”.

IRA Financial Trust, a platform that manages retirement and pension accounts has recently filed a lawsuit against Gemini saying that the crypto exchange didn’t take enough measures to protect investors’ crypto holdings. As per the press release:

The lawsuit also claims that Gemini failed to freeze accounts within a sufficient timeframe immediately following the incident, allowing the criminals to continue moving funds out of customers’ accounts on the Gemini exchange after IRA notified Gemini.

Although Gemini has rejected the allegations, the question is whether we have sufficient protection and security standards to deal with such thefts, especially when someone’s retirement funds are involved.