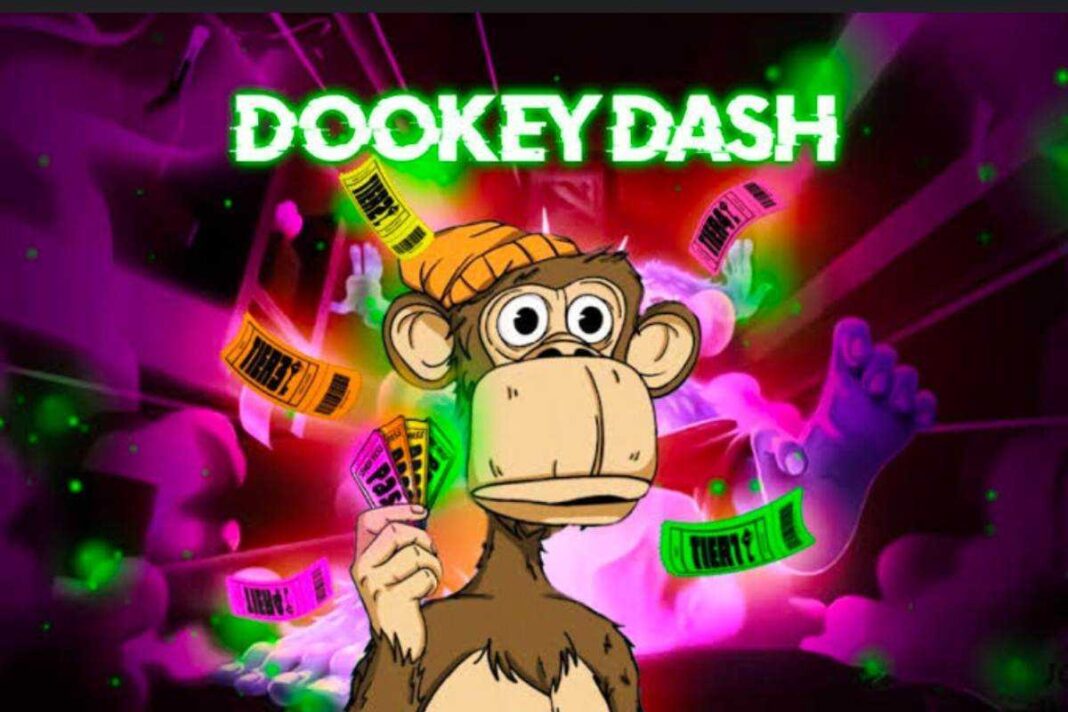 A new NFT game Dookey Dash has been unveiled by Yuga Labs, the business behind the well-known Bored Ape Yacht Club (BAYC) NFT collection. However, which will require players to compete in a skill-based game.

Owners of Mutant Ape Yacht Club (MAYC) and BAYC NFTs will be eligible to receive a free “Sewer Pass.” Anyone holding the Sewer Pass NFT is able to play the skill-based “endless runner” NFT game Dookey Dash. Also, which is comparable to Temple Run and Subway Surfers.

Dookey Dash was scheduled to launch on January 18. By gathering items and completing quests in the game, players will have three weeks to try to earn the highest score possible.

On February 15, sewer passes will be validated, and the winner will receive a key to a “mysterious and very important box.” There are four different levels of sewer passes, with the higher levels giving players higher scores because of multipliers. Additionally, users have the choice to purchase power-up packs for 2 APE ($9). To validate their passes, users must play at least once and earn a score greater than 0.

“On February 15th, validated Sewer Passes will be ready to transform into a mysterious new power source.”

Yuga Labs announced earlier this week that it would add support for the warm wallets warm.xyz and delegate.cash. Users can mint NFTs more safely and keep their assets safe from malicious contracts by using warm wallets instead of cold wallets. Users delegate their cold wallet containing their valuable NFTs to a secondary wallet for the minting process. However, the community welcomed the relocation.

The NFT game Dookey Dash hype is growing, and the cheapest point of entry is $2,300 for three weeks. However, for a longer time, and more passes gamers can enter and experience the game.

Also Read: My Neighbor Alice: An Introduction To The Play-To-Earn Crypto Game